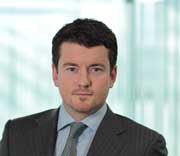 Returning to Dublin in 2008 after five years in New York and a year out to travel the world, David Cullen decided the best way to continue doing the job he loved was to set up his own company. Four years later and that firm, Gandon Alternative Fund Management, is an Enterprise Ireland high-potential start-up with more than €10m in funds under management and ambitious plans for global growth.

Cullen’s career in finance was something of a foregone conclusion. His father, Michael Cullen, was one of the founders of Gandon Securities in the 1980s and is now chief executive of Investec Ireland. “Through osmosis it got to me and I became interested in financial services and economics and biz org in school,” he says. From there, it was a natural progression on to being part of the inaugural BSc in economics and finance class at UCD Quinn School and then completing an MBS in financial services at the Smurfit School in 2002.

Straight after handing in his thesis, he moved to New York to work for Doyle Fund Management (DFM), a small fund of hedge funds. It was a move of choice rather than necessity, he explains. “It was a pretty good job and the idea of living in Manhattan for a while was attractive. At that time, there were a good few jobs floating around so you had the opportunity to work in Dublin, London and New York. Coming out of college now, it’s a lot tougher.”

DFM had around US$500m in assets under management and a staff of five people. “I decided to work in a smaller office, so the learning curve was a lot steeper,” says Cullen. “I got to do a lot more things quicker. I was thrown in at the deep end and learnt a lot over the five years I spent there.”

During his time at DFM, he was a senior hedge fund analyst, with a focus on manager due diligence and promoting the firm to potential investors. He also worked as a commodity trading advisor.

In 2007, Cullen and his wife, who is also from Dublin, took a year out for an around-the-world-trip that that took in South-East Asia, Australia, New Zealand and South America. “It was great fun and I’d recommend it to everyone,” he says.

At the end of the year, he was offered his job back in New York, but the couple decided they were going to settle down in Dublin.

“Having made the decision, I wanted to do what I was doing in New York and I figured the best way to do that was to set up my own company here,” he says. At the beginning of 2009, he incorporated investment and hedge fund manager, Gandon Alternative Fund Management (GAFM).

The company now has just over €10m in funds under management in its Phoenix Fund, which is domiciled in Malta and is managed as a discretionary macro CTA (commodity trading adviser). The fund invests in exchange traded futures and options that provide exposure to currencies, commodities, fixed income and stock indices, both from a long and short side.

GAFM has raised over €1.5m in equity, including a €200,000 investment by Enterprise Ireland’s financial services division. While Cullen is the firm’s majority stakeholder, other private investors include MCD’s Denis Desmond and Citi Ireland’s Aidan Brady, Ronnie Wilson of Monaghan Mushrooms, and Michael Cullen.

“They’re very successful business people themselves so that’s been a big plus. And Enterprise Ireland did its own due diligence on us and, after doing it, made a €200,000 investment, which speaks for itself. Knowing that people have put equity into the firm is a big stamp of approval for us.”

These investors were attracted by the firm’s huge potential for growth, according to Cullen. “Unfortunately, there aren’t many fund management firms in Ireland. Maybe it’s something to do with the fact that in the good days, everyone got caught up in property. And maybe that’s why everyone left fund management behind.

“The potential in asset management is massive. If you can get a successful fund management firm going, it’s really scalable. You can raise hundreds of millions of assets under management internationally and manage them here in Dublin, charging a management fee and a performance fee. It can be very lucrative if your track record is credible.”

At the moment, the company’s customers are primarily individuals and trustees of investment and pension fund portfolios in Ireland. “As we grow our fund, it’ll certainly be international. You would think if you had a few hundred million in assets under management, 90pc of it would be international money.”

Cullen says transparency and liquidity are the two key factors that differentiate GAFM in the market. “A fund like ours offers daily liquidity. Other funds would have lock-up periods ranging from three months to a year or two years. Also, all positions taken are transparent: investors see how we’re managing the money in currencies, commodities and fixed income.

“And, at the end of the day, you also have to give them the performance. And what I’m trying to do in here is attract the best and the brightest to work here and generate positive returns for investors. If we do that, we’ll be able to raise money on the international stage.”

In addition to Cullen, who is chief investment manager, GAFM currently employs five people, including chief executive Michael Logan, two portfolio managers, a head of risk and compliance and head of administration.

Cullen plans to bring more people on board as the assets under management increase. “We’re not short of people putting their CVs into us,” he says. “We get a minimum of 10 a week. I’d love to employ nearly 10 more people – each one would be brighter than the next one. It’s incredible the amount of talent that’s out there, just looking for a home. The idea is to grow quickly and to get people who have serious qualifications and are seriously educated in here.

“To get on the international stage, I feel we need to get to €30m to €50m – that’s the critical mass I think to be taken seriously abroad. Once you get that, you can start marketing in London, New York, Boston, Chicago and Geneva, and places like that. And I’d love to think we can do it in the next six to 12 months.”

Cullen believes his previous experience in a smaller company was invaluable training for setting up GAFM. “You see everything, from how it’s administered to how it’s managed,” he explains. “I got a front seat view of it, which was great. You see all the little things and the big things, which you need to know.”

Setting up the company has taught him that everything takes a bit longer and is more expensive than expected. “But I suppose everyone would have those experiences,” he says.

He has been heartened by the help he has received from other business people. “The key for me was to talk to as many people as possible and get their ideas, and find out what can go wrong so you avoid the mistakes they made.

“People are so positive it’s incredible. They really want to see other people do well. It’s the same for me now – I have time for anyone and will give them advice if it helps them at all. It’s a tough environment, so any help I can give others is something I’ll do, no problem. There were so many people generous with the time with me, it’s only fair that I’d pay that back.”