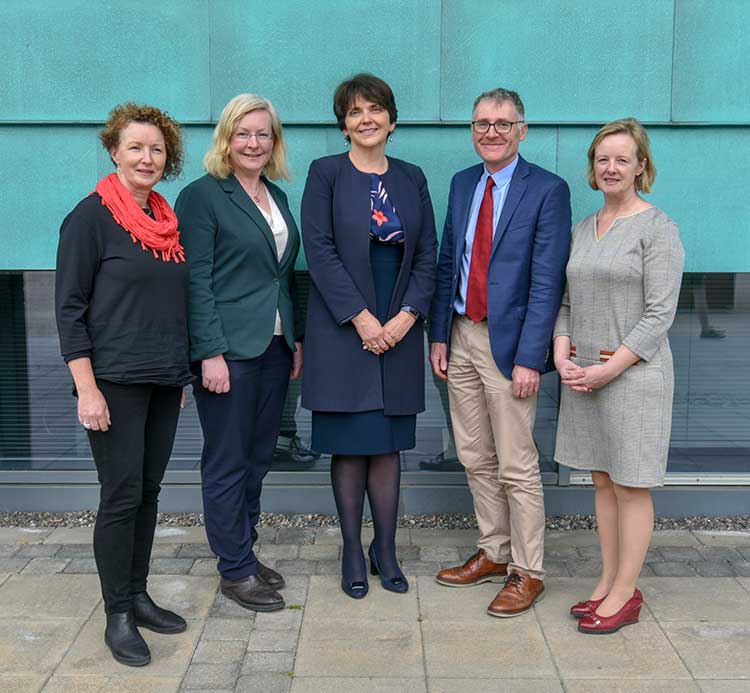 Athena SWAN is a gender inclusion charter and awards framework to advance the careers of women in higher education and ensure gender equality and inclusion for all.

The four Schools receiving the Awards as recognition of their commitment to transforming their culture and driving gender inclusion for their faculty, staff and students are:

Together these four Schools encompass some 525 faculty & staff and 3648 students.

“I congratulate the four Schools that have secured Athena SWAN Awards based on their strong commitment to transforming their culture, driving gender inclusion and ultimately making UCD a more inclusive place in which to work and study,” said Professor Orla Feely, Vice President for Research, Innovation and Impact and Chair of UCD’s Gender Equality Action Group.

Building on UCD’s institutional Bronze Award, these awards mark the first round of UCD Schools that have embarked on a data driven audit and a School-wide consultation of gender equality and inclusion among employees and students. As a result of the audits, they have begun to implement ambitious four-year gender equality strategies to ensure gender equality.

Examples of steps these Schools are taking to create an inclusive culture include:

Professor Feely said: “Diversity is highlighted in the University’s strategic plan as one of the core values of UCD. The Athena SWAN process reflects this, and is central to our ability to deliver on UCD’s Equality, Diversity and Inclusion Strategy”

A further 18 Schools and one College are progressing their own applications.