At the event, Margaret Atwood was awarded the Ulysses Medal at O'Reilly Hall.

For those of you that couldn't attend the event, you can watch it below.

Credit: Dr. Paul Halferty, Director of the Centre for Canadian Studies at UCD.

About the UCD Centre for Canadian Studies 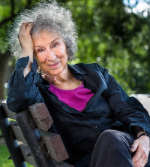 Margaret Atwood is the author of more than fifty books of fiction, poetry and critical essays. Her recent novels are The Heart Goes Last and the McDade trilogy, the Giller and Man Booker Prize-shortlisted Oryx and Crake, The Year of the Flood and MaddAddam. Other novels include Man Booker Prize winner, The Blind Assassin; and Alias Grace, The Robber Bride, Cat’s Eye, The Penelopiad - a retelling of the Odyssey - and the modern classic The Handmaid’s Tale – now a critically acclaimed television series. Hag-Seed, a novel revisitation of Shakespeare’s play The Tempest, was published in 2016. Her most recent graphic series is Angel Catbird. In 2017, she was awarded the German Peace Prize, the Franz Kafka International Literary Prize, and the PEN Center USA Lifetime Achievement Award.
(photo credit: Liam Sharp) 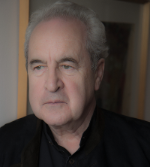 John Banville's latest books are the novel Mrs Osmond and Time Pieces: A Dublin Memoir. Among the awards he has received are the Man Booker Prize, the Austrian State Prize for Literature, the Kafka Prize and the Prince of Asturias Award.
(photo credit: Douglas Banville) 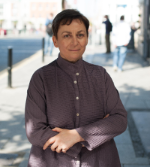 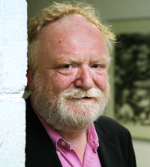 Frank McGuinness is the award-winning, internationally celebrated playwright of The Factory Girls and Observe the Sons of Ulster Marching towards the Somme. A screenwriter, poet and novelist, he has also adapted a number of classical plays for theatre production in Ireland and abroad. He has twice won a Tony Award for his work. He is Professor of Creative Writing at the UCD School of English, Film, Drama and Creative Writing in the College of Arts and Humanities.
(photo credit: Dominic Martella UCD) 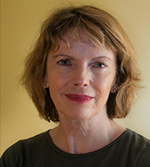 Jane Urquhart is the current UCD Craig Dobbin Professor in Canadian Studies. She has authored eight internationally acclaimed novels, among them The Whirlpool (winner, Le prix du meilleur livre étranger, France); Away (winner, Trillium Award, Canada); The Underpainter, (winner, Governor General’s Award, Canada; finalist, The Orange Prize, UK); and The Stone Carvers, (finalist, The Giller Prize and the Governor General’s Award, Canada; finalist, Man Booker Prize, UK).  Urquhart is also a poet and has written four books of verse, a collection of short fiction and a biography of Canadian author Lucy Maud Montgomery. She was editor of the Penguin Book of Canadian Short Stories, a collection of the finest Canadian work spanning more than 100 years. Her writing has been translated into several foreign languages.