Falling through the cracks: study on out of school and drop out children with a speacial attention for children with specific needs and adolescent girls in refugee camps in Niger and Burkina Faso ‌

Children and youth have a wide range of educational needs in emergency situations, especially when affected by conflict. They may have missed part or all of their primary education or have had their education disrupted. They require specific skills to be able to deal with the world they now live in. Older children may want to access education but may not be able or willing to attend primary school with younger children.

Since clashes between armed rebels and government forces erupted in northern Mali in early 2012, hundreds of thousands of people have been forced to flee their homes. The hostilities have added to the woes of the civilian population, already severely affected by the drought and food insecurity that prevails in the Sahel region. The situation deteriorated further in March, when elements of the Malian armed forces carried out a coup. Basic services are no longer provided to the population, and violations of human rights have been 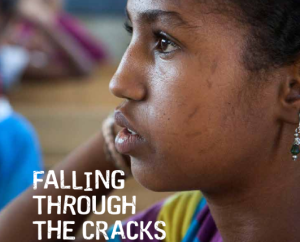 The conflict has triggered the internal displacement of an estimated  353,455 Malians while  other 177.322 Malians have found refuge in neighbouring Mauritania, Niger, Burkina Faso, Guinea, Togo and Algeria by mid of July 2013. Today, few refugees have access to quality education providing them with physical protection and personal skills development. This applies especially for marginalized groups such as children and youth suffering physical or cognitive disability, the overage students who missed years of schooling and children associated with armed forces.

The refugees also suffer marginalization based on gender, ethnicity, language or poverty. The girls are still ostracized from the general education system. According to UNICEF, an average of 34% of children aged 3-17 are enrolled in schools in the camps in Mauritania, Burkina Faso and Niger. Based on the census type II realized UNHCR in refugee camps in Niger and Burkina Faso only 22% of school age children are attending school in refugees’ camps.

The United Nations agencies (UNICEF / UNHCR) and their humanitarian partners (Plan International, Terre des hommes, Save the Children and Oxfam) have implemented a strategy of collaboration with the 4 Sahelian governments (Mauritania, Mali, Burkina Faso and Niger) in the last workshop organised by UNICEF and UNHCR in February 2013, which aims to improve access to education for out of school age refugee and displaced children, and particularly adolescent girls whose access and retention in first cycle of secondary education shows lowest rates below the national averages in the  target countries.