For the fourth time UCD has claimed the Great Agri-food Debate title. The students from the College of Health and Agricultiral Sciences were declared overall winners at this year’s contest in Belfast on the 27th of February. 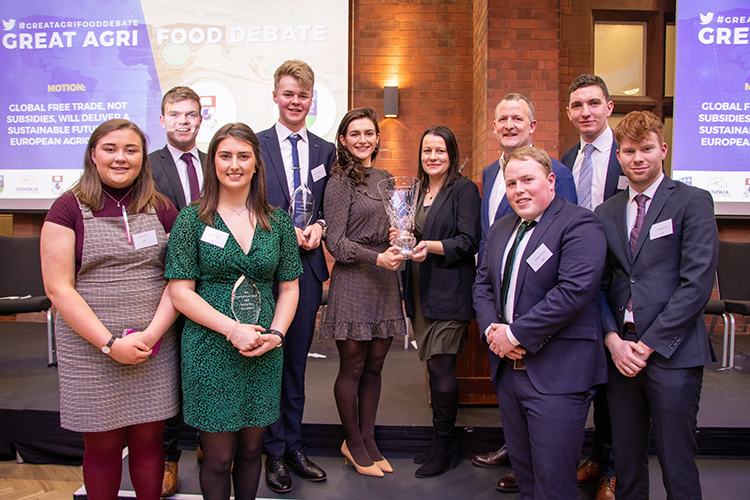 The motion for the final round of the competion was entitled 'Global free trade, not subsidies, will deliver a sustainable future for European agriculture'

The team from UCD were captained by Una Sinnott and opposed the motion. The CHAS students argued for the merits of financially supporting farmers to produce food in an environmentally sustainable way.

The UCD team also cautioned of the impact of global free trade on the fabric of rural communities, proposing that farmers were the natural custodians of the land, a role they couldn’t fulfil without subsidies.

The winning UCD team for the 2020 Great Agri-Food Debate were:

Watch the final back here: https://youtu.be/vWRTbNOsmo0

The College of Health and Agricultural Sciences is delighted to congratulate the winning team on their fantastic success!