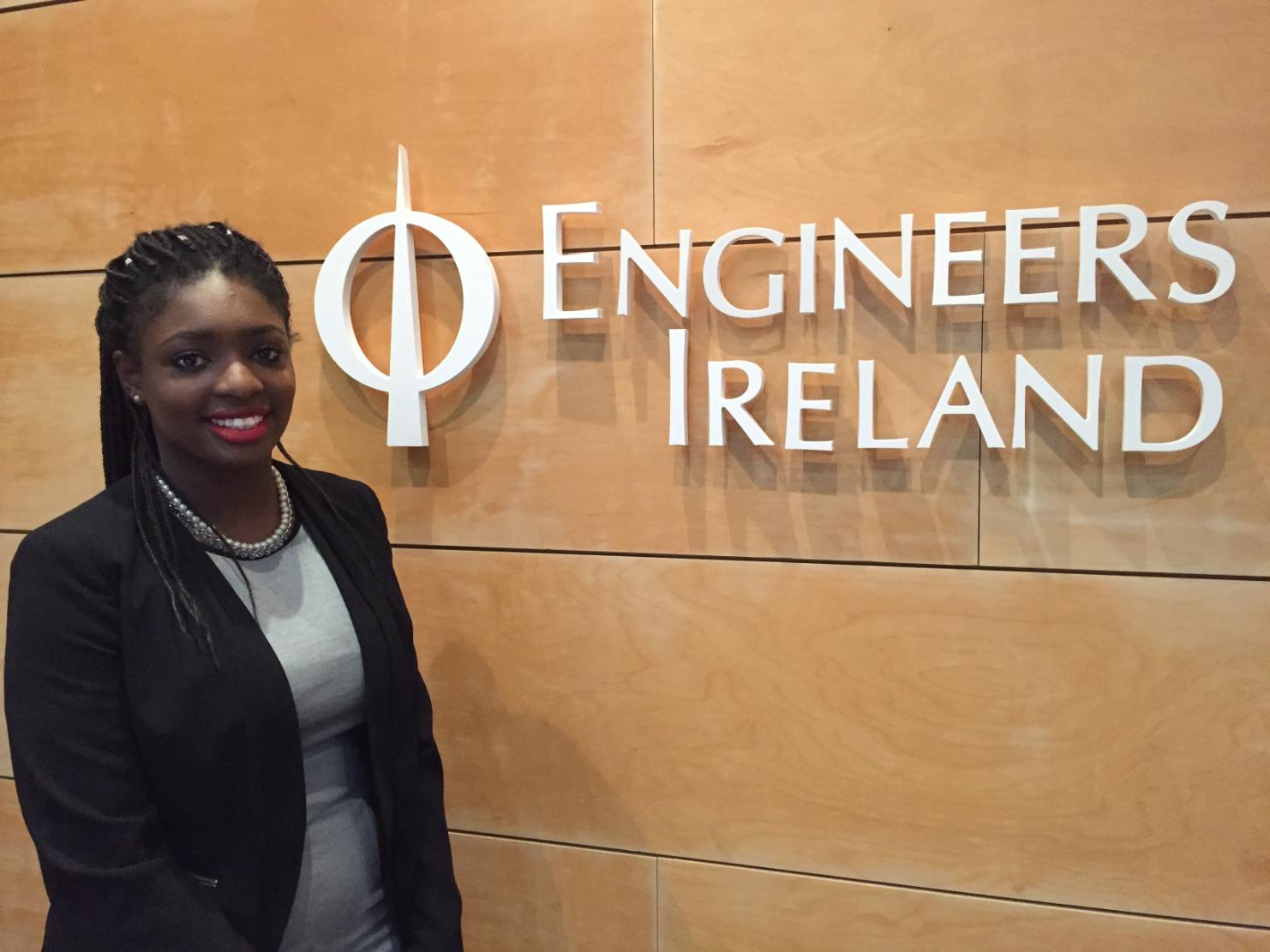 KHADIJA MU'AZZAM, a final year UCD Chemical & Bioprocess Engineering student, was, Last night (March 23rd 2017), announced as the winner of the inaugural Engineers Ireland Talking Engineers competition, at Engineers Ireland headquarters in Clyde Road.
The competition was open to final year Engineering students, from all third-level institutions in Ireland, with each institution invited to nominate a single representative. Candidates were required to make a 12-minute presentation on The Role of the Engineer in Ireland Today. After semi-final heats at Engineers Ireland, Khadija was one of two finalists. She did an excellent job in presenting to a large audience, consisting of members of the Engineers Ireland Young Engineers Society, industry representatives and students and staff from the participating institutions. Khadija's  presentation focused on the success of Irish Chemical/Process Engineers in innovating locally for global application and on the challenges and opportunities facing young Engineers, like herself, as they embark on professional careers.
As winner, she received a €150 prize, a 2-hour professional interview preparation session and a 1-day Engineers Ireland CPD Course of choice.
The event was organised by the Engineers Ireland Young Engineers Society, supported by CPL, ESB and Irish Water.
On graduation,  Khadija, who previously interned with PM Group, will join the company as a Graduate Process Engineer.