Professor Mark Richardson (University College Dublin) and Professor Roger West (Trinity College Dublin) were jointly awarded a life time achievement award from the Civil Engineering Research Association of Ireland (CERAI) for their outstanding achievements made over a sustained period in the disciplines of engineering. The collaboration of these men, together with Prof. Simon Perry, Seoirse MacCraith and others, resulted in the very successful first Colloquium on Concrete Research in Ireland at TCD in 1997. This was the foundation of what developed into the Civil Engineering Research in Ireland (CERI) conference series that is held every two years. When presenting the awards, Dr Jamie Goggins, President of CERAI noted that ‘So many researchers and engineering professionals in Ireland and beyond have experienced their encouragement, generosity, collegiality, high standards, organisational skills, and capacity to cajole. Both Profs Richardson and West have played significant roles in the development of concrete standards in Ireland and are well recognised for their international outreach. It is fitting that on the 21th anniversary of the conference series that they are both presented with the Lifetime Achievement Award for 2018.’ 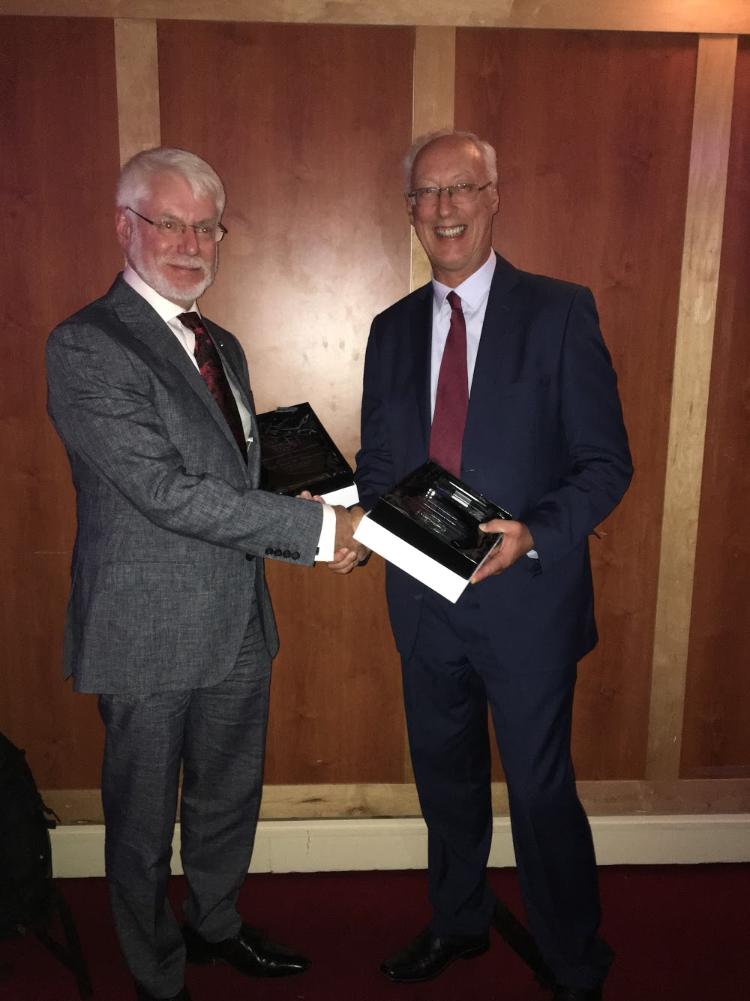