A UCD research team led by Conway Fellows, Professor Geraldine Butler and Kenneth Wolfe with Dr Tadhg Ó'Cróinín have discovered the first European isolates of a yeast that is a parent of the hybrid yeasts used in lager brewing, from soil on the university campus.

The yeast, Saccharomyces eubayanus, was found by Stephen Allen, a third year undergraduate genetics student while learning how to isolate microbes from soil and work out their DNA structure (the genome sequence).

Brewing is one of the oldest industries associated with humans. Each new batch of beer was started using some of the foam from the top of an old brew that contained yeast.

Ales and stouts today are mainly brewed using Saccharomyces cerevisiae, a “top fermenter” so called because it rises to the top of the brew.

A new type of beer called lager became particularly common from the 15th century in Bavaria, Germany. This was due to fermenting and storing beer in cold cellars. It coincided with the appearance of new “bottom fermenting”, cold- tolerant, lager yeasts called Saccharomyces pastorianus.

S. pastorianus was first isolated from lagers by Emil Hansen in the Carlsberg Laboratories at the end of the 18th century. It is not found in nature but exists in industrial settings like breweries.

S. pastorianus is a hybrid between two yeasts like how a mule is a ‘cross’ or ‘hybrid’ between a horse and a donkey. One of the parent yeasts is S. cerevisiae but it took nearly 300 years to identify the second parent yeast. 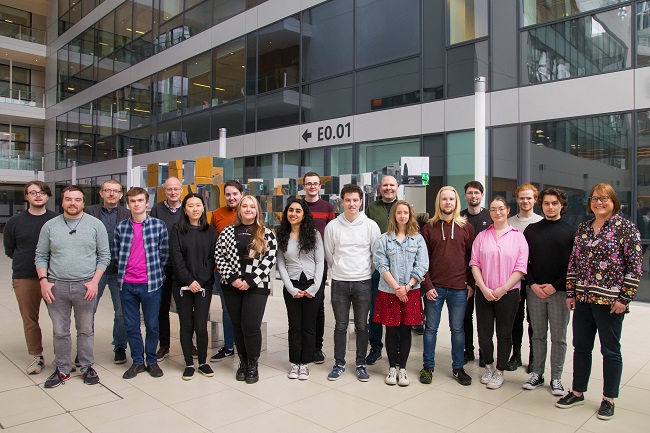 Describing the  findings, Professor Geraldine Butler said, “It is assumed that S. eubayanus hybridised with S. cerevisiae somewhere in Europe during the Middle Ages, but European isolates have never been found until now.

It suggests that natural populations were in Bavaria in the 15th century, enabling them to hybridise with S. cerevisiae to make the first lagers. The Irish discovery will invigorate searches for similar yeast isolates elsewhere in Europe.

We are now exploring the possibility of using it to brew beer, both with Professor Brian Gibson, a UCD graduate and Head of the Brewing and Beverage Technology at the Berlin University of Technology, and possibly with a commercial brewer. The strains are available for licensing through NovaUCD, the university’s knowledge transfer office.

This discovery is a fantastic example of research-led teaching. Our undergraduate students have isolated hundreds of different yeasts from Irish soil samples. By finding S. eubayanus in Europe, Stephen has solved a longstanding puzzle about how lager yeasts originated.”