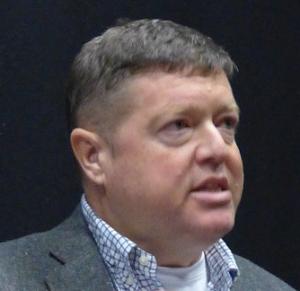 Chlorinated chicken has become a lightning rod for fears that post-Brexit Britain could water down its regulatory standards in pursuit of trade deals with the US. Banned in the EU, chlorine-washed chicken has become “emblematic of the entire Brexit project” because it represents “the very essence of what Brexit is - the desire for the UK to divert from common European standards in pursuit of something”. Just what that ‘something’ is has “never been clear”. It may be a reassertion of national sovereignty or the pursuit of independence and new global opportunities. But it also represents “the unnecessary trade-offs that are faced” post-Brexit.

Brexit negotiations are also a game of chicken between the UK and the EU, “where each has been insisting that the other has to move first”. Tonra says if this were a movie “we would now be in slow motion at the very point just before the crash”.  Negotiators on both sides are in intense, closed-door talks to secure an eleventh hour deal. “Within days I think we're going to know whether those talks have been successful and whether or not a collision has been has been averted or whether the crash is actually upon us. But either way it's going to be a very, very intense moment for all parties… The chickens are definitely coming home to roost in all respects.”

The services sector is the largest part of the UK economy, making up some 80% of its GDP. A no-deal Brexit would have a “cataclysmic” impact on this sector. Alongside concerns for the future of its financial services perhaps a surprising stumbling block in negotiations has concerned fishing rights. This “balancing of fish versus financial services is again emblematic because fish has become a totem of UK sovereign independence,” says Tonra. “The control of UK fisheries and UK waters has become such a central feature, out of all proportion to its economic significance. But like Brexit as a project itself, it really is much more about the image than it is about the substance.”

While the pandemic is a “short-term, severe, desperate shock to the system”, Brexit is “a systemic transformation of British economy” and will have a much greater medium and longer-term impact. “In light of where the international financial markets are and the availability of cheap money, we can buy our way out of Covid. The UK can’t buy its way out of Brexit.”  Even if the “thin and shallow” deal currently on offer passes, we can still expect “decades of negotiating and rowing between the EU and the UK on economic access and economic cooperation”.

The UK has an “outsize perception of itself and its global role”. Other countries, producers and markets “are much more hard-nosed about what the UK is and what its potential is, and the UK is going to lose out as a result of not being a member of the European Union”. There may be “marginal areas” where it can do things in a new, different and perhaps even better way. “But on balance, it's a lose-lose situation for the UK and there's no other way of measuring it.”

Tonra cites three ways the Good Friday Agreement is under threat - in terms of the politics of the peace process, the realities of life on the border and security dangers that might arise with any return to violence. “Certainly in the security realm, in British-Irish relations terms, it's very, very negative.”

One of “the big prizes” UK Prime Minister Boris Johnson has sought throughout Brexit is a trade deal with the US to compensate for the loss of the EU as its main trading partner. But Democrat Nancy Pelosi, Speaker of the US House of Representatives, said if Brexit undermines the Good Friday Agreement there would be no chance of a US-UK trade agreement. “If Biden comes in that doubles down on that statement even further. So certainly from Boris Johnson's perspective, I think a Biden presidency is problematic and from an Irish perspective, a Biden presidency is a positive outcome.”