Can the Pandemic have the ‘Medici-effect’ on Cybersecurity 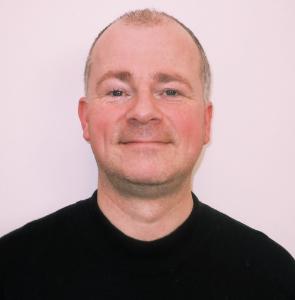 In our Zoom for Thought on March 9th, 2021, UCD Discovery Director Prof. Patricia Maguire spoke to Niall McGrath, Senior Director of DocuSign, on the topic, “Will the Pandemic have the ‘Medici Effect’ on Cybersecurity?” In case you missed it, here are our Top Takeaway Thoughts.

Though it has caused “untold hardship and misery” for many people, the pandemic has been “extremely positive” for DocuSign, the American company that allows organisations to manage electronic agreements. The original digital signature service has evolved into what they call “the agreement cloud”, where documents can be modified, edited and signed by a number of participants. COVID-19 restrictions on travel and social contact have meant this online transaction service is in higher demand. “The pandemic has actually propelled DocuSign's core business model centre stage...  The wheels of industry don’t stop.”

Frans Johansson coined the phrase The Medici Effect in his eponymous 2004 bestseller. It refers to the innovation brought about when disciplines and ideas intersect, as they did in Renaissance Italy with the generous patronage of commerce, arts and sciences by the Medici family. Niall and industry colleagues are now looking at the potential Medici Effect of the pandemic on cybersecurity, specifically whether there is any “relationship or connection” between COVID-19 infection and malware infection on computer networks. They are currently “modelling computer behaviour and expressing it as a DNA sequencing”.

Pre-Covid, our office networks were “traditionally the perimeter” or “attack surface” for would-be cyber criminals. Working from home means the perimeter has widened considerably, creating new challenges “in terms of managing and controlling the attack surface”. To keep ahead of cyber crime, organisations use threat intelligence services to monitor the deep & dark web. These services identify sources of attack and potential attack to get out in front and proactively block them.

Cyber society is “very unregulated” with “no presiding law of the land”. The internet is a place where law enforcement “has its limits in dispensing law” and is a “rich and fertile ground for criminals to operate in with impunity”. So it is “very much incumbent on us to protect ourselves and to protect our data”. While encryption is used positively in, for instance, online financial transactions, criminals can abuse encryption too, by using it for nefarious reasons, such as sharing terrorist-related information. Niall created tools using Java and Python which interrogate and parse encrypted material to extract evidential value and his software is now used by international police forces to fight cyber crime.

Cyber crime prevention intersects with issues of privacy and civil liberties. “In Europe we are probably erring towards civil liberties when it comes to surveillance.” Other countries put national defence issues ahead of individual rights to privacy. The USA Patriot Act post-9/11 expanded police authority to surveil, which has led to some episodes of civil unrest and protest. Technologically-speaking, police forces and agencies such as Interpol are “very well equipped, if they're allowed to apply their technologies”. Surveillance is the police’s “number one tool”.

Current limitations in Irish law mean the application of eSignature technology is restricted in certain legal transactions, such as buying and selling property. There is a very strong lobby group in Europe to address these transaction lacunae. In 2000 the E-Commerce Bill was signed into law and “opened the gates” for legally recognising electronic signatures here. Meanwhile use of remote online notary services has “skyrocketed” in the US.

Niall’s cross-disciplinary education extends from a Bachelor of Engineering (U.L), Grad. School of Architecture (Osaka-Japan), Grad. Dip. Computer Engineering (U.L), MSc Computer science (N.C.I) to Ph.D. in Computer Science (U.C.D). The focus of his thesis and subsequent research was on digital forensics and the investigation of encrypted material. International Law Enforcement Agencies and Police Forces like the Australian Queensland Police and the US Dept. of Homeland Security use his software-tools and methodologies in the investigation of encrypted material and the training of their analysts/operators. He has also spoken and presented his research at many international security conferences in USA, EU and Ireland.

Fun-fact: but wasn’t fun at the time ;-) while living in Japan for four years, where he worked as Mechanical Engineer and Architect in Osaka , he survived the
Great Hanshin Earthquake (7.2 Richter) in Osaka, Japan 1995.