Finance as a Force for Energy Transition 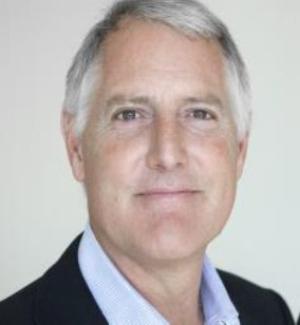 UCD Discovery is delighted to invite you to join thought leader Keith Tuffley, Global Co-Head of the Sustainability & Corporate Transitions group at Citi, on UCD Discovery's Zoom for Thought 15-min chat series on;

"Finance as a Force for Energy Transition"

Prior to Citi, Keith was the CEO of The B Team (2014-17), an NGO comprised of a group of 25 CEO’s of global companies, leading entrepreneurs, and civil society leaders to drive a better way of doing business. Keith was an active participant in the Paris Climate Agreement process and the
development and launch of the UN Sustainable Development Goals in 2015.

Earlier, Keith was Managing Director, Partner, and Head of Investment Banking of Goldman Sachs (“GS”) in Australia. He co-led the negotiations on behalf of GS for the successful merger of GS Australia and JB Were in 2003, and then led the merged Investment Banking business for the subsequent four years to 2007 as it grew to a top 3 position in the Australasian market. Prior to joining GS in 2002, he was a Managing Director at UBS in Australia (2006-2002) and prior to that at Bankers Trust (1991-96). Keith commenced his career as a commercial lawyer for Allen Allen & Hemsley (1989-91).

Keith is the Founder of impact investing company, NEUW Ventures SA. NEUW invests in and creates early-stage businesses which aim to reduce the human ecological footprint and to accelerate the world’s transition to a sustainable economic model. NEUW also provides advice to CEO’s on corporate strategy focused on climate change and sustainability.

He is the Chairman of the Global Footprint Network (an organisation that produces the national footprint accounts and promotes Earth Overshoot Day); a Governor of WWF-Australia; a Global Ambassador to the Wilderness Foundation Global; a Senior Advisor to WILD11; and a member of the Rewilding Europe Circle. He was previously a Board member of: the Great Barrier Reef Foundation; Bush Heritage Australia;
and the global climate change coalition, We Mean Business.

Keith is a passionate explorer, mountaineer, skier, cyclist and sailor. In 2016, he became the first person to cycle, unassisted and unsupported, on a new route to the South Pole, having skied to the North Pole earlier in the year.