Intel unleashed – preparing for the future! 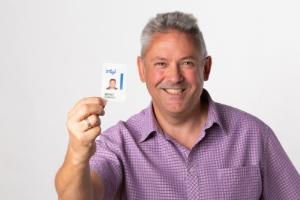 In our Zoom for Thought on May 11th, 2021, UCD Discovery Director Prof. Patricia Maguire spoke to Bernie Capraro, Research Manager, Silicon Technology, Intel Research & Development Ireland, about “Intel Unleashed - Preparing for the Future!” In case you missed it, here are our Top Takeaway Thoughts and a link to the video.

Intel, which designs and manufactures semiconductor chips, will create 1,600 high-tech jobs and more than double the manufacturing space at its Irish operation in Leixlip, Co. Kildare. Capraro showed aerial footage of “one of the biggest building sites in the country right now”. The vast majority of these new roles will be technical and Intel hires from Level 6 Diplomas to Level 10 PhDs. Recruitment will be phased, “starting towards the end of this year, going through next year and into the beginning of the following year, 2023”.

Intel is famous for Moore’s Law, named for one of its co-founders, Gordon Moore. “Before he founded Intel in 1968, he wrote a paper in 1965 and he predicted that every couple of years the number of transistors in an integrated circuit would double. And that's held true for five decades plus,” said Capraro. Intel’s first microprocessor, built in 1972, had only 2300 transistors. The average PC today has a processor with “at least a billion transistors”.

It is not just the increased number of transistors that improve the chip’s functionality. Equally important is making the chips more power efficient and cost effective so products “become more and more affordable, which then drives the demand from the consumers”. Digitisation increased during the pandemic, with work, learning and play all taking place on computers, so “the need for these devices is going up”.

The company’s new CEO, Pat Gelsinger, began his career with Intel, and worked with the founders, before leaving to pursue other opportunities.

“But he is now back to us, as both a hardware and a software specialist... He's bringing lots of energy and drive back to the company and really pushing this idea of manufacturing, how important that is”. Intel has expanded its manufacturing capability in Oregon, Arizona, New Mexico, Israel and now Ireland.

“We are also becoming a foundry that can build chips for other people as well. They design the chips and we make them. So it's really exciting right now here at Intel.”

Intel’s mission is to “impact positively and make the lives better of every person on the planet”. Last year they launched the Pandemic Relief Technology Initiative, donating $50 million to 230 projects with 170 organisations across the world. They recently supplemented this fund with an extra $20 million. Intel also partnered with UCD a to provide laptops to students during lockdown via homeless hubs.

Intel’s visual processing group is working with a small Irish startup called Akara Robotics who have designed a robot companion called Stevie for elderly people living alone. They have another robot called Violet “...which was using ultraviolet technology and vision processing technology and could go into hospital wards and disinfect the rooms. They could do it up to eight times faster than humans but the important thing was that they weren't using a human; that person was taking care of the patients”.

Bernie received a Master’s Degree in Engineering (MEng) from Newcastle upon Tyne Polytechnic (with Distinction) and has been working at Intel for the past 24 years holding various Engineering and Management roles across the wafer fabrication facilities.  Bernie is currently responsible for all silicon nanotechnology research involving Intel in Ireland, helping to identify potential future technology options to Intel in collaboration with
Research Centres and Academia across Ireland.

In addition, Bernie owns the relationship development within Ireland’s Third Level Education Institutions, helping to produce a highly educated talent pool in the region, progress Intel’s research agenda, and help set policy direction for the good of both Academia and Industry. In February 2019, Bernie was announced as an Adjunct Professor within Ireland’s first Technological University, TU Dublin.