Returning to our roots to combat a crisis 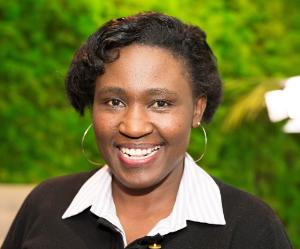 In our Zoom for Thought on September 8th, 2020, UCD Discovery Director Professor Patricia Maguire spoke to Muthoni Masinde, Professor of Computer Science and Founder and CEO of the drought prediction app ITIKI, about “Returning to Our Roots to Combat a Crisis”. In case you missed it, here are our Top Takeaway Thoughts.

ITIKI integrates African indigenous knowledge with computer science to predict drought for small scale farmers. ITIKI ambassadors go to villages, record ancient farming wisdom from the community, take pictures and upload all content to the mobile app. Combining this data with weather surveys and scientific models, the app texts farmers in their local language with advice about when, what and where to plant. Indigenous knowledge can predict drought up to six months in advance; ITIKI predicts up to 36 months in advance and is “highly accurate”. The app also tracks its customers’ harvests and has seen cases with up to an 11% increase in yield, “which is very good”.

Roughly 65% of Africa’s population relies on subsistence farming and slightly over 70% of these farmers are women. Masinde is passionate about her work because growing up she experienced “first hand” the challenges of small-scale farming. She originally designed the app for small farmers like her own mother. “The people in my Mum’s village were the first users,” she says. Now ITIKI has over 15,000 customers, mostly in Kenya but also in Mozambique and South Africa.

Masinde describes herself as “just one pillar of a bigger picture”. ITIKI is the fruit of interdisciplinary labour, a blend of indigenous social science, humanities, design science and climate science. “I’ve almost become a climatologist myself! There is a lot of interdisciplinary research involved.” She describes artificial intelligence as “the oil that drives the fourth industrial revolution” and is a firm believer in harnessing AI for societal good.

ITIKI predicts more than drought. Since lockdown Masinde extended the tool so it can be used to capture incidences of Covid infection by geomapping cones. Her team is also attempting to use it to predict incidences of malaria because “malaria and climate and weather are interrelated”.

ITIKI has even predicted locusts and armyworm invasions because it “collects so much more” than just rainfall indicators. “Last year one of the indicators that came through to us was that a particular bird had been sighted and the last time it was sighted, which was almost fifty years ago, the locusts came because this particular bird feasts on them.” Meanwhile indigenous knowledge worldwide is in agreement about one natural phenomenon: the white frog is a bad omen.

Climate change has had a “massive” impact on indigenous knowledge forecasts. Indigenous farmers rely on water bodies, trees - the entire natural world - to provide weather indicators. When nature is no longer there, those insights are compromised and more than half of indigenous knowledge is already lost. But it is possible to set up systems “to conserve what knowledge is there and pass it onto the next generation”.

Masinde agreed that the app could be used in Ireland to predict rainfall - but we would need to do the groundwork first. “When you move it from one location to another you still have to customise it so that it fits the local knowledge of those people. So it can work as long as you train the models and do the mappings.”