Why People of Colour in Ireland Need Allies, Not Bystanders 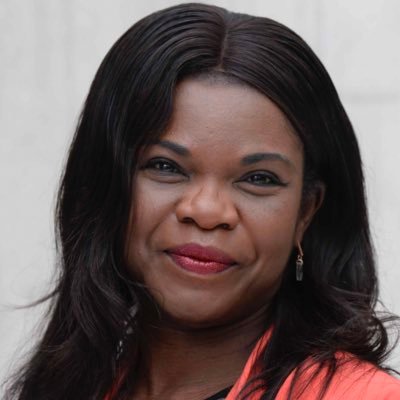 In our Zoom for Thought on November 10th, 2020, UCD Discovery Director Professor Patricia Maguire spoke to Dr Ebun Joseph, co-founder and coordinator of Ireland’s first Black Studies module at UCD, about, “Why People of Colour in Ireland Need Allies, Not Bystanders.” In case you missed it, here are our Top Takeaway Thoughts.

The subject of Joseph’s PhD - and of her latest book - is racial stratification in the Irish labour market. This refers to unfair hiring based on systemic racial preference. “There is massive inequality within the Irish labour market. Research usually looks at where people end up but my work uses a stratification framework to show that it is about where people start. If you start much further back down, where you end up almost becomes inevitable.”

With qualifications in microbiology, equality studies and counselling, Joseph’s interdisciplinary interests have informed and enriched her career. Her background in science is helpful when examining data and statistics while her counselling work and social justice doctorate provide insights into the psychological and emotional impact of racism.

Racism is a shaming process. Bystanders witness, and therefore can compound, that shame. “Imagine something shameful happening to you in a way that other people are able to witness it. That is what it is.” Referencing the murder of George Floyd by a policeman in Minneapolis, US, earlier this year - which sparked the Black Lives Matter movement - she adds: “If bystanders use their privilege and speak up, it redirects the shame from the victim to the perpetrator. Bystanders can be really powerful if they act.”

We tend to think racism is a bigger problem in the US and the UK “where things are more overt”. But in Ireland “what we have is more subtle”. Joseph complains of systemically racist policies and ideas that “hinder people from being able to realise their full potential”. Her research shows that many black people in Ireland are overqualified for their jobs. She gives the example of someone with a level 10 PhD working in a level 5 role as a care assistant. “There's nothing wrong with those roles,” she clarifies. “But if you are qualified for more than that, then it is a subtle form of racism within our system, where we favour people who look like us and not people who appear different.”

A report published in September by the British Council in Ireland and the Royal Irish Academy indicated that there is only one female, black professor in the whole of Ireland. “It's not because we are not qualified. It's not because there is no role for us,” says Joseph, who complains that her inbox is full of guest lecturing invitations.  “How do I pay the bills with guest lectures? I literally cannot build my career on guest lectures. I call it a colonisation of my skills and intellect again.”

Joseph is chairperson of the African Scholars Association, whose members often have PhDs “homegrown in Ireland”.  We are educating people of colour so “we should be able to look at the pipeline to help them navigate into roles in academia. They're qualified for it.” And while these students are in the education system, she cautions against “looking to the black person to be the teacher. They are not there to be our teachers. They are there to learn. Let them learn.”

She advises people of colour in Ireland to resist racism by “building yourself up and by refusing to give up. Resilience. Just keep getting back up again. If you don’t give up, racial stratification cannot win.”

This article was brought to you by UCD Institute for Discovery - fuelling interdisciplinary collaborations!