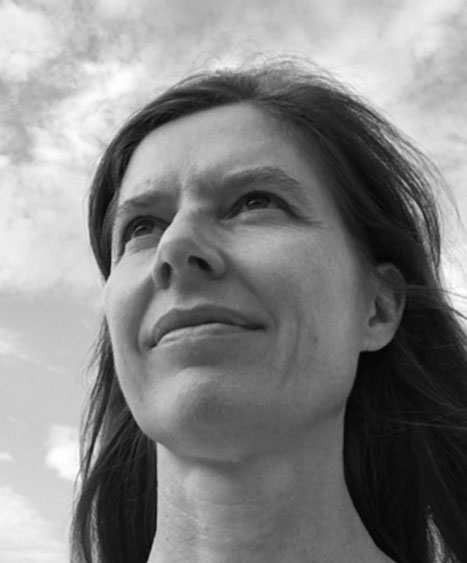 It racked up over two million hits in two days on Twitter last September. When Englishman Nick Harvey gave his 80-year-old father Paul, who has dementia, four notes with which to compose a piece of music on the piano, the video footage of his extraordinary performance went viral.

“When Dad plays the piano, he’s back with us,” said Nick, whose video was intended to show how musical ability can survive memory loss. The beautiful composition resonated so widely that ‘Paul’s Tune’ was released as a single by the BBC Philharmonic Orchestra in October.

Nick and Paul’s video is a “fantastic example” of the thinking behind Danielle Petherbridge’s BodyDementia Project, funded by the Irish Research Council’s New Foundations scheme. Instead of looking at dementia purely as a cognitive disease characterised by a loss of selfhood, Danielle and her team explore how embedded and embodied skills and abilities - like playing piano, baking and gardening, among others - might be reawakened with quality, personalised interaction.

“From infancy, when we don’t have language, we first relate to the world through bodily interaction. Someone with dementia does not necessarily lose those bodily skills as quickly as they lose cognitive skills and both can be re-fostered through interactions with others,” explains Danielle, whose research is carried out in partnership with the Alzheimer Society of Ireland.

Her work is rooted in a tradition of philosophy called phenomenology, which thinks about mind and body as being intrinsically interlinked. This branch of philosophy has become increasingly involved with cognitive science in recent years.

“Obviously things like brain imaging and brain scans are crucial, as is taking seriously cognitive degeneration,” she clarifies. “But what I'm trying to say is that we could think about dementia care slightly differently by thinking about the brain and the mind as not being separate from the body.”

The brain, she argues, is more than its computational processes. It evolves “as much through bodily skills” and is “embedded in a social and cultural environment”.

Then there is the whole notion of “extended mind”, where the instruments we use regularly, such as our mobile phones or in Paul Harvey’s case, his piano, become part of what philosophers call our bodily schema, or awareness.

“Another example is someone who is blind and uses a cane,” says Danielle. “That cane becomes part of their mind/body functioning and you can't separate one from the other.”

But we all have built up habits of one sort or another in our bodies.

“It’s not that we are unthinking about these habits - whether it's brushing our teeth, running for the bus or even the way we move about in the familiar space of our kitchens. But it all becomes part of our identity and the way we are as persons.”

When we make efforts to connect with people who have dementia by tapping into their own embodied habits - like Nick Harvey giving his father those four piano notes - that highly personalised interaction can be transformative.

“There is another example of a man in a nursing home who was a former musician who seemed to lose the ability to play the saxophone,” recounts Danielle. “One of the professional musicians who he'd mentored spent some time with him reminding him how to hold the instrument and play the notes. And within weeks, something was fostered with them playing together and he started playing again. People with dementia haven't necessarily lost a sense of self or personhood but there can be a sense of being locked in.”

A PhD student working with Danielle is looking at how people who previously enjoyed baking or gardening might benefit from these activities again, in order to “adapt a form of care that can integrate this kind of relation to the world”. Physical triggers will be different depending on individual likes and interests, but once a familiar door is opened it can spark more memories.

“There have been some therapists who have tried using this kind of technique with very positive results. There was one case of an 87-year-old woman in the US who did not speak and was considered non-verbal yet through this particular embodied interaction did speak through dynamic engagement with her therapist, albeit minimally.”

Nursing homes organise activities for their residents who have dementia but these are often “very general” such as “throwing a ball” or “giving them dolls to play with”.

“There has been a long research tradition around dementia which began with Tom Kitwood who developed this idea of person-centred care. If we do that we have to tailor care to individual interaction with each person rather than these kinds of more general activities. Clearly that is difficult because of funding issues or lack of training. But most of those things could be addressed.”

She mentions a nursing home village in the Netherlands where “they allow people to wander around within the complex, and therefore have this interactive relation with the world instead of being confined to their rooms. Models of care like that could be adapted here”.

Though Covid-19 has postponed her workshops with members of the Alzheimer Society, these will eventually help build the BodyDementia research.

“We're interested in the lived experience of dementia. A clinical approach is obviously crucial in medicine, but if you only take a clinical approach you are often looking at the person as an object of knowledge instead of as a subject of knowledge or a subject who is experiencing that disease,” says Danielle. “So we want very much to draw on the Alzheimer Society group in terms of informing our research and hold some workshops to work out how we could build in this embodied-cognitive and person-centred approach to care and to training.”