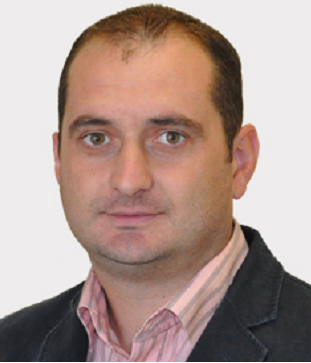 Roland Gjoni is a constitutional law scholar and a legal reform expert, recently awarded a prestigious Newman Fellowship in Constitutional Futures from the UCD Foundation. He has worked in team-leading and advisory positions with the UN, EU, OSCE and USAID among others.

We speak to Roland Gjoni on Wednesday, November 4th, as the tense American presidential election count is underway. At this point the outcome is unknown, and the atmosphere is volatile. Advance polls predicting a landslide Biden victory are mistaken; Trump gains early, unanticipated ground.

“There is something called a social desirability bias in social science research which pushes people to hide their real political preferences and instead report views which are more socially acceptable” explains Gjoni. “Based on the unofficial results, more and more people appear to have liked some of Trump’s policies but would not share that information with third parties.”

With postal votes tipping the balance in Biden’s favour, Trump calls the count “a fraud” and insists he won the election.

“The rhetoric is almost bordering on a coup,” says Gjoni. “He's scared because people who vote early are usually voting for change.”

And in the following days, this insight comes to pass.

Gjoni lived in America as a Fulbright scholar in Columbia Law School, New York, from 2004-2005 when George W. Bush was president.

Since then the American political landscape has altered “completely”, with two main changes under Trump.

“Firstly there's no such thing as relying on facts or truth anymore - we have post-truth politics.”

This has resulted in a more widespread trend of people “without skill and mastering no subject” injecting their commentary into politics.

Secondly, Trump’s transactional style of politics - “where every relationship with other countries was a quid pro quo” - has seen ties deteriorate with some European leaders.

“The US remains powerful under Trump but in a different way. Mostly in bullying and putting pressure on other countries for short term diplomatic victories, but less successful in bringing other countries together for some kind of cohesive project.”

Trump still holds executive power for another ten weeks and while “American institutions are strong”, Gjoni is concerned about the incumbent’s track record of “authoritarian practices” that have caused tensions between the White House and the Pentagon.

“That case with the bible and the army general was very strange,” he says, of the June 2020 incident that led to America’s most senior military officer General Mark Milley publicly apologising for his role in violently dispersing a peaceful #BlackLivesMatter protest to facilitate Trump’s photo-op holding a bible outside St John’s Church in Washington.

“It's a kind of a toxic situation in the US because of the combination of the right to bear arms and easy availability of weaponry with a completely outrageous and sometimes indecent leader. I would be concerned that it might push people to take the law into their own hands and say, ‘Let's not accept the presidential election result and if need be, let's prevent the incoming government from taking office.’”

Talk of a potential civil war is “overstating it. But the ingredients are there to be misused. Some of the people who usually would stand up to this are the FBI and CIA. But more than serving their country, these people appear to be completely subservient figures around Trump now.”

While the fraught presidential hand-over plays out, Gjoni is busy with his Newman Fellowship work in University College Dublin, with seed funding provided by the Department of Foreign Affairs.

“I'm looking at the events - political, social, economic and legal - triggered by Brexit in Ireland and the UK and what kind of constitutional futures may lie ahead in the next decade or so.”

Just what the post-Brexit landscape will be is “the million-dollar question” for Gjoni and his team of several other scholars working together on post-Brexit scenarios.

England may resist any Scottish bid for independence - “because the underpinning motive of Brexit is rising English nationalism best expressed in 'Take Back Control' slogan of Brexiteers". If this happens, “it could become toxic if UK pushes to keep both Northern Ireland and Scotland against what the majority prefers” says Gjoni, describing the UK in the longer term as an “exiting sovereign” in Northern Ireland.

Instead, the longer-term key to Northern Ireland’s future “lies in Dublin and Brussels, less so in London”.

Gjoni points out “signs since the late seventies that the UK would prefer a policy of least engagement possible in Northern Ireland provided that there is no large scale inter-communal conflict. It just hasn't been able to find the partner to share the burden in the Republic of Ireland. Historically, the Republic considered Northern Ireland as too heavy a burden to handle, but this is rapidly changing and the key to a shared and agreed Ireland lies in Dublin. This process has started already with Taoiseach Micheal Martin’s €500m Shared Island initiative.”

“For the moment, debates around the constitutional status of Northern Ireland are not central to Irish government policy as the emphasis is placed on how to convince unionism that there is nothing to fear about sharing this island together.”

There is also an “embedded partitionist mindset” in the Republic, and a reluctance to share the spoils of the growing economy with people from another jurisdiction which is lagging behind.

So, overall, a work in tentative progress.

And hopefully, the events unfolding in America will not impede our progress.

“The unspoken rule in US politics is to never mess with the Irish. They don’t say this publicly but they recognise the powerful force of Irish lobbying in the US among Irish diaspora. The Good Friday Agreement is non-negotiable for both Republican and Democrats.”