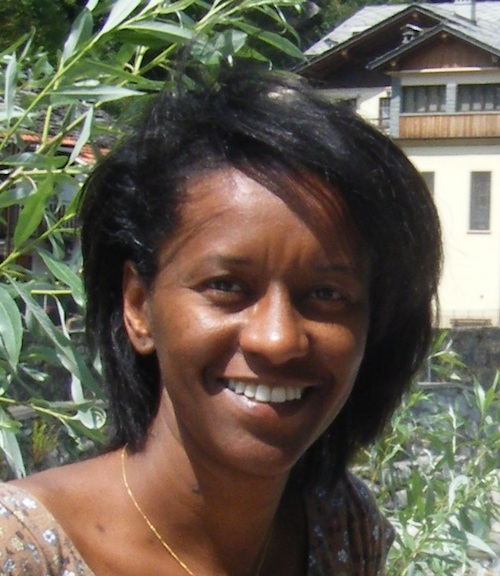 Flavia Santos (pictured) is an Ad Astra Fellow and an Assistant Professor at the UCD School of Psychology. A cognitive neuroscientist, she recently established a research group called UCD Music and Math Cognition. This group will explore music science, numerical cognition and mathematics anxiety and design and provide evidence-based interventions for children with Developmental Dyscalculia, such as computerised tasks, digital games and musical elements.

For those of us fortunate enough to be educated, a base level of numeracy is something we take for granted. Dr Flavia Santos is still amazed, many years later, to recount the story of a woman in Brazil who once needed Flavia’s help with a most rudimentary maths problem.

“She had recently given birth and her doctor had prescribed the baby medicine to be taken at regular intervals three times a day. The woman did not know how to organise those three doses over 24 hours. I thought, ‘Oh my goodness, is this possible?’ Low education was the problem here. Education saves lives.”

Another key moment on Flavia’s academic journey was when she oversaw an undergraduate project that had a mathematical component for a cohort of children attending a musicalisation programme. “When we were looking at the results it was very striking because there were zero cases of children with deficits in mathematics in comparison to children from the same grades but not enrolled in musicalisation. They also had better working memory. I said, ‘Wow! There is something in this.’”

That study strongly suggested an association between musical and mathematical abilities, but did not prove it. Flavia’s next study in the area established a baseline of mathematical ability first and assessed a cohort of preschool children before and after the musical intervention. “The group who received the intervention improved in maths and the group who did not receive the intervention remained at the same level as before the period of the first assessment. Then we could say that, yes, music can help to improve math. I see an important interface between both because music has lots of numerical or quantitative elements, so one supports the other.”

Now her new research group UCD Music and Math Cognition will build on that revelation, and others. Projects undertaken within the group include the impact of music on our shopping habits (Can summer music inspire us to buy more summer clothes?); how performance anxiety can adversely affect musicians’ careers; and the heart rate and skin conductance responses that occur when people listen to different types of music.

Another research focus is how musical training can be beneficial for children with learning disorders. Flavia differentiates between formal musical education (how to play a musical instrument and read partitures) - which also leads to benefits in maths - and the musical training used in her research.

“It is one intervention that uses musical components with a clear and specific intention to target cognition and emotions,” she specifies. “We used a non-instrumental musical training, which is based on ecological resources such as singing, solfeggio, and rhythmic and melodic techniques.”

Several studies explain such musical training benefit to a child’s maths competence through the 4E cognition theory (embodied, embedded, extended, enactive), a relatively new and growing field of interdisciplinary research which advocates that cognition is shaped and structured by dynamic interactions between the brain, body and both the physical and social environments.

As Flavia explains: “Music uses all those elements, altogether, so it is multi-sensorial, it is multi-modality and pleasant. While you are listening to the music, you are moving your body, you are producing sounds, such as clapping. Simultaneously you are activating different cognitive functions because you are using your attention and your memory, you are regulating your emotions, all at the same time. So that's how it works to create a more robust learning effect in the brain of the child participating in a group session of musical training.”

Separate studies show the positive effects of musical training on neuroplasticity, which is the capacity of the brain to change after learning new content.

Another of Flavia’s research areas is in dyscalculia, a learning disorder that impairs a person’s ability to size and order numbers, judge time or handle money. It is important to say that any child may have difficulties with math when they are initially learning how to do arithmetic and that this is not a disorder. It is only when the degree of difficulty is classified as severe, persistent and combined with other characteristics that the term dyscalculia applies.”

A child with the disorder “will have difficulty to understand quantities, to use words related to numbers, or to do small calculations also outside the school context, such as counting toys to distribute among friends”. A person with dyscalculia may be “really clever or competent in other disciplines but will find it challenging to deal with quantities and numerical information”.

Researchers are working on interventions to assist people with dyscalculia and have had success with digital games, cognitive approaches and psychological intervention carried out by a clinician if the child also presents emotional components such as mathematics anxiety.

However a child does not need to have dyscalculia to be impacted by mathematics anxiety, which is a feeling of apprehension that may interfere with maths performance.“It includes worried thoughts, stress physiological responses and specific brain activations. Any person can be shaky, sweating, sick and sleepless the night before a maths exam or show behavioural responses to maths like avoidance but not necessarily will have low grades on the math exams.”

Culture has a strong influence on mathematics anxiety. When parents express negative attitudes on maths and when teachers are anxious about teaching the subject - both feed into a child’s negative feelings towards maths.

“In countries with more equality between men and women, there are less gender disparities in mathematics performance but even in these countries mathematics anxiety is more detected in girls than in boys. We are also trying to target all of this in our new research with digital games and trying to develop strategies that can be tailored for the gender issue to cultivate girls interest in STEM.”