Claude Shannon – Father of the Information Age (and Sonic the Hedgehog) 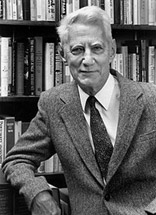 You have probably heard of Sonic the Hedgehog. You know who Mario is. But have you ever heard of Claude Shannon? Probably not.

But without Claude Shannon, a mathematician and engineer known as “the father of the information age,” many of the things that make your life easy and fun, like video games, might not exist. Claude Shannon was born in 1916, so didn’t invent the PlayStation, the Xbox 360, or the Wii, but he did make Sonic, Mario, and every other video game hero possible. He did it by creating a field of science called “information theory.”

Claude Shannon got the idea for all these ones and zeros when he worked for Bell Telephone Laboratories in the 1940s. Back then, television, radio, and telephone calls were made possible by “analog” signals. To understand what an analog signal is, picture a still pond or lake. Now imagine throwing a rock into the pond. Those little waves that spread over the surface of the water when the rock hits it are like analog signals running along a wire or flying through the air.

Analog signals, also called analog waves, can carry all kinds of information along with them. One problem with analog waves, though, is that they are hard to send over long distances, such as from New York to London. When an analog signal travels that far, it can become weak and mixed up with noise. That makes the picture or the sound that the analog wave carries hard to see or hear.

To make pictures and sounds clearer and to send them further than ever before, Claude Shannon experimented with breaking them up into tiny little pieces called “bits.” Each of these bits was either a one or a zero. A single one or zero by itself can’t hold your favorite song, YouTube video, or computer game. But millions of them can, and even better, they can all be put onto a CD, a DVD, a satellite television channel, or the hard disk in your computer. And no matter how far you send those bits, every one of them will stay the same along the way. Your song or movie or video game good guy will be nearly as perfect as when it was sent to you.

Before Claude Shannon died in 2001 at the age of 84, he used his mathematical, engineering, and creative talents to come up with ideas that are making our lives better and more enjoyable every day. So, the next time you play Super Mario Brothers, call a friend, or listen to Mariah Carey, remember the man who started it all – Claude Shannon, the father of the information age.