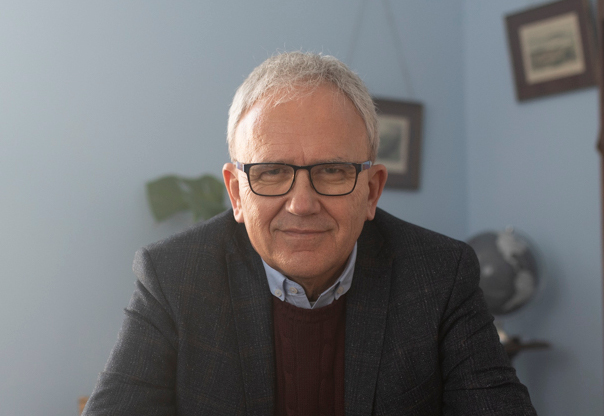 Irish Times educational columnist Brian Mooney was recently hired by pensions and investment company Standard Life in an intriguing new role as End of Career Guidance Counsellor. One of Ireland’s most prominent guidance counsellors and a regular media commentator, Brian himself retired in 2019 after 43 years in south Dublin secondary school Oatlands College. A former president of the Institute of Guidance Counsellors and a director of the Education Finance Board, Brian will now “help guide those approaching retirement towards a fulfilling and rewarding second life”.

As our population ages - it is projected that one in four Irish people (26%) will be over the age of 65 by 2051 - we need trouble-shooting conversations around retirement now.

Of course, many people are counting down the days to retirement and have a “bucket list” of ways to spend it happily. But others, hale and hearty and still enjoying their hard-won status, influence and work community, find the sudden change “traumatic”.

“The reason Standard Life hired me is because they saw that while their clients planned well financially for retirement,  some of these people are completely unprepared for the social and emotional aspects,” says Brian, who has already spoken to some retirees about their experiences.

“You suddenly wake up and realise the people you thought were your friends were not your friends, they were your colleagues. Your relationship with them in some cases may be based on the position you held. And you may find that their social interactions with you just disappear completely overnight. That is a very painful experience.”

Finding meaning and a new sense of identity outside of work can be challenging too. Research conducted by Standard Life found that only one-third (33%) of the population is prepared for retirement and over half (51%) struggle to imagine their retirement.*

“In a sense, it's all about finding a space,” says Brian - and that space can be physical as well as psychological. He heard the story of a retiree’s wife who was “deeply uncomfortable with him just hanging around the house”, hitherto her domain.

“There's that whole aspect in terms of your own relationship and family. How do we prepare couples for the change? And how do we as a society find a role for people for 25 to 30 years after they're theoretically finished? And how do we support them?”

Brian believes one answer is education and that the sorts of supports available for people returning to the workforce following a career break could be tweaked for retirees.

“These people have so much to give. It's not that they're looking for full time roles; you're not looking to deny the fact that they are, in my case, sixty-six years old. You're getting on but you still want to be relevant. You want to be able to have that same sense of positivity about yourself and a sense of purpose.”

Instead of working the usual 2,000 hours a year “maybe you want to do 500 hours or a thousand? Or perhaps you don’t want to work at all, but use your talents in volunteering in your local community?”

Brian sees his new role as “leading a debate” about retirement.  What sorts of supports are needed for retirees educationally, psychologically and interpersonally? “There are lots of issues like this to be considered,” he adds. “And I’m very pleased to kick off such an important debate.”

*Based on an independent online surveys conducted by Research Plus Ltd on behalf of Standard Life of 1,000 Irish adults in August 2019 and June 2020

This article was brought to you by UCD Institute for Discovery – fuelling interdisciplinary collaboration.