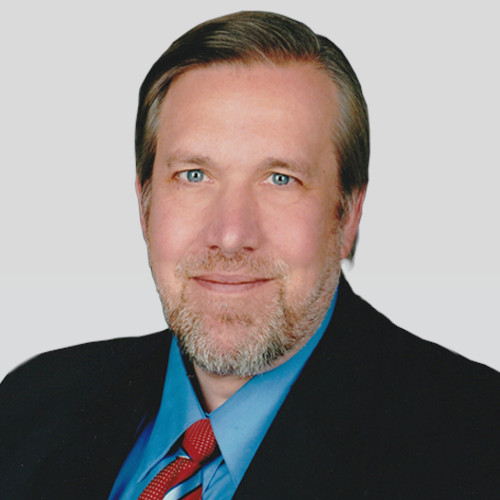 It is probably no surprise to learn that Chris Painter keeps a cool head in a crisis. After all, his stellar career included two years on the National Security Staff of the White House as President Barack Obama’s Senior Director for Cybersecurity.

So when the fire alarm went off went off unexpectedly in Boston College just as he was about to begin his lecture, Mr Painter responded with characteristic aplomb. In fact, he and his audience repaired to the bar of the nearby Grayson hotel and simply continued the proceedings there - over a pint of Guinness!

He Tweeted afterwards, “It’s true. Best Cy-beer talk I ever gave! Usually folks start evacuating the room during my talks, not before. A great time and things go better with Guinness.”

The former US top cyber diplomat and world renowned cyber expert discussed developments in cyber-diplomacy in response to the shifts in international relations.

He is perfectly placed to do so, having been on the vanguard of U.S. and international cyber issues for over twenty-five years. First, as a prosecutor of some of the most high-profile cybercrime cases in the country, and then as a senior official at the Department of Justice, FBI, the National Security Council and finally the State Department.

In short Mr Painter has helped to drive and advised on virtually every major US cyber policy for over a decade. In his most recent role he was United States top cyber diplomat (2011-17).

In this role Mr. Painter was instrumental in working out a landmark agreement regarding the theft of intellectual property with China. Negotiating a comprehensive cyber cooperation agreement with India, he used diplomatic and other tools to combat high-profile cyber attacks and intrusions. He launched “whole of government” cyber dialogues and capacity building programmes with dozens of countries in Europe, Asia, the Americas, the Middle East and Africa.

Mr Painter is currently a member of the prestigious Global Commission on the Stability of the Internet and has created innovative new organisations and approaches to deal with threats and take advantage of opportunities in cyberspace.

A frequent media spokesperson and presenter on cyber issues around the globe, he was named the Bartels World Affairs Fellow by Cornell University for 2017-2018 and chosen as a member of the Board of the Center for Internet Security. He is the recipient of the prestigious RSA Award for Excellence in the Field of Public Policy (2016), the Attorney General’s Award for Exceptional Service, the Intelligence Community Legal Award (2008) and has been named to the “Federal 100” list, among other honours.