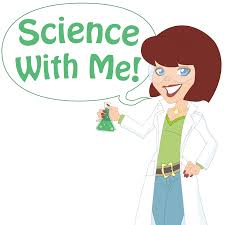 With schools shut because of the covid-19 virus, all across Ireland parents are doing their best to educate their children. Social media and WhatsApp are full of desperate pleas - both serious and amusing - for help with the task. Institute for Discovery Engagement Manager Elva O’Sullivan has made publicly available her own fantastic resource for primary school children, www.sciencewithme.com. Here she explains her interdisciplinary approach to teaching science - using music, poetry, song and lively animation - to engage young minds. With a big push on STEM subjects at second level, Dr O’Sullivan, who has a PhD in chemistry, is passionate about introducing science much earlier.

After she had her first child Loghlen in 2000, Dr Elva O’Sullivan would do little science experiments with the boy at home.

Home at the time was Princeton, New Jersey, where Elva worked as a research manager with pharmaceutical company Wyeth and her husband Scott Rickard was completing his PhD in Computational and Applied Mathematics at Princeton University.

Little Loghlen loved these kitchen experiments so much that instead of saying, “Play with me, Mom”, he would say, “Science with me”. When his siblings Luke and Leah came along, they were equally as enthusiastic.

Another mother at her children’s preschool arranged for Elva to give science classes to a group of young children in the area. And when the O’Sullivan-Rickard family moved back to Dublin in 2003, Elva continued to give fun, scientific instruction to children here too.

“It was mostly boys whose parents signed up. I would have one or two girls in the class and the rest would be boys. When our children are only four or five years of age I thought, ‘Surely we’re not making gender-based decisions like this already?’ My daughter Leah was probably even more into the science experiments than my two boys were.”

But perhaps there is a wider issue potentially stifling science education at home.

“The problem is a lot of parents steer away from science. They’ll do art and music and all sorts of other things with their kids but they are often uncomfortable with science. They say, ‘I know nothing about science, I’m really bad at science’. I wanted to give parents the online tools to do science at home with their kids.”

On the ScienceWithMe! website are printable science worksheets, colouring books and simple experiments, like showing evaporation by drawing a chalk border around a puddle of water on your patio. Children can learn about plants, animals, astronomy, chemistry and physics. There are animated videos about the human skeleton, the respiratory system, the five senses and much more. Dr O’Sullivan believes that an interdisciplinary approach to introducing science is key to building engagement in the early years.

“Young kids like to colour, they like to sing songs and dance. The guy who worked with me on the voiceovers for the cartoons was James Carter Cathcart, who does the voice for Pokémon. He is a really talented guy,” says Dr O’Sullivan, who hopes to ease the pressure on parents trying to educate their children.

“While you’re peeling the spuds, they can watch Esther the earthworm, learn all about her and then go out in the back garden and find themselves an earthworm. Luke’s favourite video was of how a steam engine works because he was obsessed with Thomas the Tank Engine. They all liked Stanley the skeleton and Leah loved the cartoon about blood. It’s all about learning in a fun, non-pressured way and giving children the vocabulary that will make them feel more confident with science.”

Dr O’Sullivan is keen not to make science a separate subject, but to make it a normal part of the family conversation.

“One of the worksheets is about units of volume. But any day of the week you can ask the kids to get a litre of milk out of the fridge or ask them to measure a pound or 454g of flour. Then ask them why we don’t talk about a litre of flour or a pound of milk? Just chatting about little things like this is learning science.”

Another story on the website, about a king with smelly feet, tells the story of how measuring began by trying to measure the size of a king’s foot.

“The more kids learn about science, the more they can see it in their everyday lives,” says Dr O’Sullivan. “Science makes sense.”

Find out more by visiting www.sciencewithme.com