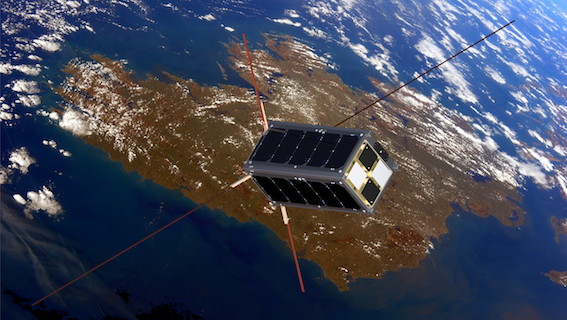 As role models for the Irish space sector go, Scotland is certainly a good one.

In 2014 they launched the very first Scottish-built satellite UKube-1 - a “CubeSat” like Ireland’s EIRSAT-1, currently being built in UCD.

In the six short years since, the Scottish space industry has, well, skyrocketed, creating 7,500 jobs, up an astonishing 38% since 2014. It contributes £2.6bn (€2.9bn) GDP to the Scottish economy directly and a further £1bn (€1.1bn) via its supply chain. The Scottish government recently announced ambitious plans to make the space sector a £4 (€4.5) billion industry by 2030.

Is this success something we want to emulate now in Ireland with the launch of C-Space?

“Absolutely,” says Dr Ronan Wall, Space Programme Manager, who describes the launch as “an exciting announcement that C-Space is about engaging and collaborating on space projects."

C-Space Director Prof Lorraine Hanlon elaborates: “Rather than trying to compare ourselves with countries who have been pioneers in space, such as the US or Russia or France, we see Scotland as a good comparator country. We are inspired by how far they have been able to come in not much more than a decade.”

Explaining this impressive feat is the first guest speaker at the launch, Malcolm Macdonald, professor of Applied Space Technology in Strathclyde University.

As for our own space journey, UCD already does excellent space-related fundamental and applied interdisciplinary research - and offers an MSc in Space Science and Technology, training programmes and PhD opportunities. But that’s just for starters.

“Our role is not only to be the home of space expertise in Ireland, but also the support team to Ireland's space sector,” explains Lorraine. “We want to partner with industry because there are huge barriers to engaging in the space sector, particularly for companies who have never done it before. We have the necessary expertise, some from UCD researchers’ own experience and some gleaned through designing, developing and testing EIRSAT-1, from sub-system to full spacecraft level. We want to put that expertise to work for others.”

Perhaps surprisingly for a country that prides itself on being such a global technology hub, Ireland has a bit of catching up to do when it comes to space.

“Every full member state of the European Space Agency and 32 out of 36 countries in the OECD have their own spacecraft and up to now we haven’t, which is a very clear wake-up call for national policy,” notes Ronan.

Not only does space innovation align with Ireland’s high-tech brand, such is its potential that in September Amazon appointed former White House official Peter Marquez in an intriguing new role as Head of Space Policy.

At the same time, Lorraine notes, “legislative lacunae” have made space something of a Wild West, particularly for private companies.

“More than eight thousand spacecraft in total have been launched in the past sixty years. And now Elon Musk’s SpaceX are planning to launch tens of thousands of satellites. Nobody is ready for the implications of this and they are far-reaching.” There is potentially a “massive impact” on astronomy with “survey images contaminated by spacecraft trails”.

Ronan says space debris has become an issue. Hundreds of thousands of pieces of debris from chipped solar panels all the way up to entire defunct satellites orbit the Earth at 26,000kph. “It’s getting a bit messy up there. There was a near-miss in October when a defunct Soviet navigation satellite passed close to a Chinese rocket body high over the South Atlantic Ocean,” he notes. “But EIRSAT-1 follows the cleanspace guidelines and will de-orbit in less than 25 years from the end of its mission.”

Lorraine adds: “Space is becoming so important and so fundamental that having a knowledge base in the sector becomes really important. We must have the expertise to be able to make responsible decisions as to how we want to engage in this sector. We consider that part of our mission too.”

Another guest speaker at the C-Space launch is ESA’s Director of Earth Observation, Josef Aschbacher. He has said that Earth Observation “offers unexpected insights into our planet and its rapid evolution” and describes space as “essential for your daily life”. GPS tracking, weather forecasting, financial trading floors - all depend on a healthy space environment.

Space may even be having its own version of the 1850s California gold rush. In 2016 the government of Luxembourg announced it would “jump-start an industrial sector to mine asteroid resources in space”. The following year it became the first European country to pass a law allowing companies ownership of any resources they extract from space - and asteroids are valued in the billions and trillions of dollars. Cue a stampede of venture capital investment.

“There are technical hurdles and ethical ones and practical ones to consider when developing space projects,” says Lorraine. “Given the speed of growth of the space industry it’s about time Ireland had a conversation about our priorities, our values and how we wish to proceed.”