When will Irish housing be affordable? 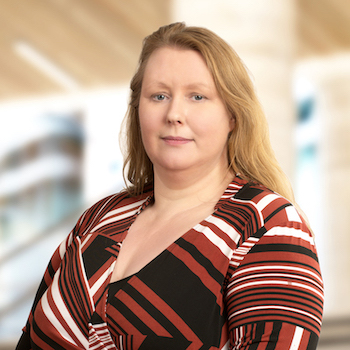 Michelle Norris (above) is director of the UCD Geary Institute for Public Policy and a professor of Social Policy, whose research focuses on housing policy. Michelle recently worked on the Housing2030 study with the United Nations, and will build on this research with her latest IRC-funded project, ‘Tools to Tame Financialisation: identifying policy regulatory and service tools to manage housing financialisation in order to promote housing affordability in Ireland (DeFinance)’.

As soon as the Covid-19 restrictions began to lift, public attention swung back to Ireland’s housing crisis. The halt in construction and rise in personal savings during the pandemic only exacerbated the problem of too much cash chasing too few homes.

Some 9,000 Irish people are homeless, rents are at an all-time high and our labour force is starkly split between higher earners in the public sector, professions and multinationals and lower earners in insecure jobs in sectors like hospitality and retail.

Will young Irish people ever be able to afford to buy a house?

“Many will,” says Michelle. “But I think the housing system and particularly how it is paid for has changed in quite fundamental ways. And I think the public debate on housing hasn't really caught up with that reality.”

In the 1970s, mortgages were mostly provided by building societies and funds were restricted depending on savings deposits. This kept house prices linked to wages.

“So people in that generation didn't have to save enormous deposits as a proportion of the cost of the house,” explains Michelle.

In the 1980s the finance system for housing was deregulated. Banks could lend for mortgages, borrow from other banks abroad and use complicated financial instruments like securitisation - selling mortgages on capital markets - to raise money for housing.

“That meant there was a big flood of extra money into housing.”

With the arrival of the Celtic Tiger in the 1990s and 2000s came “reckless mortgage lending and reckless lending for housing development”.

The years since the property crash in 2008 have brought “a new phase of increased commodification and financialisation of housing”, with investment companies like pension funds investing heavily in housing.

“This has led to a trend where house prices and the type of housing being delivered are not reflecting wages and what local people can afford, making that trend even stronger.”

But while working on the Housing 2030 project with the United Nations Economic Commission for Europe (UNECE) and UN Habitat, Michelle found that Ireland’s situation is not unique.

“This is a problem across the high income world. House prices have become decoupled from incomes, prices are going up and international investment funds are skewing housing markets.”

She was struck by the fact that countries with larger social housing systems - like Austria, France and Denmark - are in a stronger position. Michelle also discovered that, aside from providing more social housing, there were “very few actual tools put in place” to address the negative impacts of the financial markets on housing. Her new project seeks to identify more wide-ranging solutions.

“We need to start putting in place regulatory instruments and laws and policies to try and manage the flow of all of  this additional finance into housing,” says Michelle, suggesting that, for example, governments return to regulating what proportion of bank lending goes to different sectors of the economy, such as agriculture and industry.

“There is a strong argument for the reintroduction of those types of tools, as well as the regulation of mortgage lending we've seen already. In some ways we are fighting the last war, I feel, because banks are providing a diminishing proportion of finance for housing. A lot of it is coming from new investment funds, pension funds, organisations like Blackstone capital. We need to come up with ways of regulating their involvement in the market and ensuring they don't get involved in investments that are creating wider problems.”

Raising money for more appropriate housing is just one challenge.

“There are lots of objections from people to social house building, even politicians who claim to be in favour. When there's a development in their constituency, you'll often find they object.”

Another problem with social housing supply is that while 66% of the waiting lists comprise single people or two person households, 70% of existing supply - and a similar percentage under construction - is three-bed and bigger.

“We have to start building more, smaller units.”

While Michelle thinks the current government’s €40 billion Housing For All plan is “a big improvement on the strategies that have come before it”, a lot of the solutions to our housing problem are not just at national but at European and international level.

“That's why trying to grapple with this is such a knotty problem. The city governments that are trying to cope with this don't really have the tools to solve it.”

One of the key challenges is to provide support for those whose incomes are too high to qualify for social housing but who are priced out of the current market.

“Housing for All provides for housing rented at cost price to these people, which is called cost rental. I think that's an extremely valuable intervention to address their needs and to take heat out of the property market. We require, in my opinion, quite large levels of cost rental supply over the next couple of years. The challenge with Housing for All is actually implementing it.”