Writing tips for The Conversation 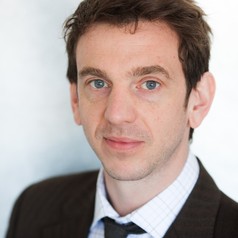 How can academics get their work to a wider audience, raising both their own profiles and those of their departments and universities? How can they get the kind of press coverage or online audience reach that might support research grant bids?

Michael Parker (pictured) of not-for-profit media outlet The Conversation - which is written entirely by academics and researchers - visited UCD recently and explained how to marry your academic rigour with journalistic flair.

The Conversation is a membership organisation, funded by 82 universities worldwide, including UCD, Trinity College, UCC and Queen’s University Belfast.

Academics are not paid for contributing and all content is given away for free. Over 90% of its articles are published, shared or commented upon in media outlets elsewhere - outside of Ireland and the UK in 85% of cases. This exposure can lead to opportunities, insights and connections.

So how can you pitch and get published?

We bring you a dozen takeaways from the afternoon workshop.

Can you encapsulate what you’re working on in a pithy sentence? Reframe your academic, technical or exclusionary research so it makes sense to the layman. How would you describe your research to a teenager? Or to your friend in the pub? You can rub the academic corners off your work without dumbing down. Think about what would most interest general readers rather than what is most academically interesting.

Your work needs to answer this crucial question for readers. It must tell them something they don’t know - and explain why it matters. Readers are intelligent, educated and curious - but not interested in wading through dense academic text. Clearly express your ideas for a non-specialist audience. Make them care.

The two greatest barriers to academics pitching and writing are a lack of time and confidence. But as the internet - and public discourse - become ever more crowded with noise, a huge appetite has grown for well written, well researched and timely pieces of journalism from people who actually know what they’re talking about. Perhaps seeing what you do as an important public service might help surmount those time and confidence barriers.

Academics set up an author profile and pitch ideas to relevant editors. The Conversation gets over 3,500 pitches a year and only has the staff resources to publish one-third of those. So not having a pitch accepted is no reflection on the quality of your work. Keep pitching! They look for short, punchy pieces of 800 words on current affairs or new research. Crucially, you get copy approval - even for the headline - and your article cannot be published until you have hit the Approved button. “You won’t find that editorial support anywhere else but it’s a two-way street,” explains Mr Parker. “We’re not going to print something boring and dry that no one will read.”

This is something newsworthy to “peg” your pitch on. When a video of a mouse “tidying” a garden shed went viral in 2018, an animal scientist wrote an explanation for its behaviour. An expert in labour practices in the 18th century wrote about how today’s gig economy is nothing new. A forensic psychologist had over 500,000 views of her article: “As an expert in child sexual abuse, here’s what I thought when I watched Leaving Neverland.” There is a market for expert comment on big stories. Reading The Conversation gives a sense of what angles work for them.

If you can’t find a news hook, don’t worry. The Conversation is not slavishly attached to the news cycle like other media. Your research might lend itself to more evergreen stories such as this: “How kids can benefit from boredom”.

You will find lots of readers by answering the questions they are asking. What is causing people confusion, concern or alarm? What is getting them exercised on radio phone-in shows or newspaper letters pages?  Brexit, vaccinations, tax, climate science, mental health, housing - to name a few. Readers love explainer pieces; articles with headings like, “Here’s why everything you know about X is wrong”. They also love advice on how to live their best lives - take note, philosophers. Lists are also popular: “Five stereotypes about older workers debunked”.

The Conversation is interested in contrary, unusual, surprising or counterintuitive views on hot topics. All media outlets are.

A good pitch is written like a good story. You need a strong headline to capture readers’ imagination and opening paragraphs compelling them to read on. 200 words is enough so be succinct, clear and bold.  What are your conclusions or findings? Why is it relevant now? Try to convey in your pitch some of the enthusiasm you have for your work. Leave out any detail that is not crucial.

The headline should tell the reader what the story is about. As should the first and second lines. Get to the point and start with the most recent findings, implications or conclusions. Don’t write chronologically. Battle for the readers’ attention from the opening sentence. Make every word count. Be clear and concise. Cut words ruthlessly. Polish your intro and payoff. Write and rewrite them until they shine and speak directly to the reader. Don’t end with “More research is needed”. Leave the reader with a thought or end with a bang or refer the reader to the issue again. Your piece should answer more questions than it asks: who, what, where, when and sometimes how. The reader does not know the subject like you do. Explain or avoid technical terms. Do not assume they understand.

11. Work to journalistic, not academic, timescales

The breakneck pace of newsrooms requires fast turnarounds of your work - anything between 4 and 24 hours, tops.

12. Put your head above the parapet

Writing for The Conversation can benefit academics in terms of visibility and impact. A Durham researcher who wrote about the potential challenges of space crime scene investigation was invited to NASA to discuss his ideas. A professor at Liverpool university who wrote about the fate of black Germans under the Nazis inspired the film Ava and Duante. Another academic used the hundreds of comments on his article about smart cities to further his research.

So what are you waiting for? Get pitching.