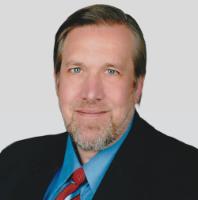 Mr Christopher Painter is a globally recognised leader and expert on cyber security, cyber diplomacy and cyber crime. He worked for two years on the National Security Staff of the White House as President Barack Obama’s Senior Director for Cybersecurity. As United States top cyber diplomat (2011-17) he was instrumental in negotiating a landmark agreement regarding the theft of intellectual property with China. Mr Painter has been at the vanguard of U.S. and international cyber issues for over twenty-five years, first as a prosecutor of some of the most high-profile cybercrime cases in the country and then as a senior official at the Department of Justice, FBI, the National Security Council and finally the State Department. He gave a Discovery public lecture on Conducting Diplomacy and Combating Threats in Cyberspace in September 2019 - and you can read more about that here.