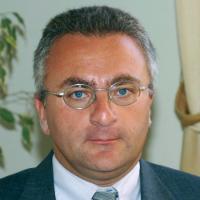 Prof Antonio Puliafito is director of the National CINI Smart City Lab and professor of computer engineering at the University of Messina, Italy. His interests include parallel and distributed systems, networking, IoT, Cloud computing and advanced analytical modeling techniques. He contributed to the development of the software tools WebSPN, ArgoPerformance and Stack4Things. He co-authored the book Performance and Reliability Analysis of Computer Systems. He leads the Center for Information Technologies at the University of Messina (CIAM). From 2006 to 2008 he acted as the technical director of the Project 901, winner of the CISCO innovation award. He actively contributed to the success of the TriGrid VL and PI2S2 projects. Prof Puliafito has worked on several EU funded projects such as Reservoir, Vision Cloud, CloudWave, Beacon and Frontier Cities. He was the main investigator of the Italian PRIN2008 research project Cloud@Home, to combine cloud and volunteer computing. He acted as scientific coordinator of the PON 2007-2013 SIGMA project on using cloud computing to manage severe-risk phenomena. He is coordinating the #SmartME crowdfunding initiative to develop a smart city framework in the city of Messina. Prof Puliafito  is the co-founder of SmartMe.io, a startup working on the integration of cloud and IoT in smart cities contexts. He leads the Toolsmart project to enhance re-using of smart city solutions in the cities of Turin, Padua, Lecce and Syracuse. He was the Discovery keynote speaker at the Sustainable Smart Cities and Communities Symposium.