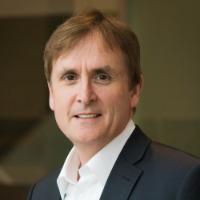 Prof Anthony Elliott is dean of external engagement at the University of South Australia, where he is also executive director of the Hawke EU Jean Monnet Centre of Excellence and Network and research professor of Sociology.

Prof Elliott was formerly director of the Hawke Research Institute at UniSA (2012-2016), executive director of the Hawke EU Centre for Mobilities, Migrations and Cultural Transformations, and Associate Deputy Vice-Chancellor (Research) and head of the department of sociology at Flinders University (2006-2012).

He is the author and editor of over 40 books but is best known for Concepts of the Self, which has been in continuous print for over 20 years and across three editions.

He gave a Discovery Futures Workshop in December 2019 based on this work with the Jean Monnet Network.