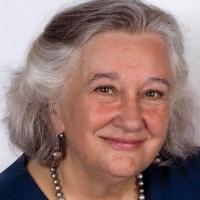 Margaret Boden OBE is research professor of cognitive science at the University of Sussex where she helped develop the world’s first academic programme in cognitive science. She holds degrees in medical sciences, philosophy and psychology and integrates these disciplines with AI in her research.  She is a Fellow of the British Academy and of the Association for the Advancement of Artificial Intelligence (and its British and European equivalents). She was appointed scientific advisor to the APPG (All-Party Parliamentary Group) on AI.