An Intellectual History of the Welfare State 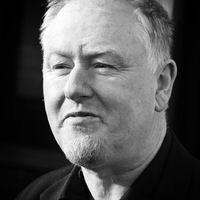 In our Zoom for Thought on February 1st, 2022, UCD Discovery director Prof. Patricia Maguire spoke with Bryan Fanning, professor of Migration and Social Policy at UCD, on UCD Discovery's Zoom for Thought series, about, "An Intellectual History of the Welfare State".  In case you missed it, here are our Top Takeaway Thoughts and a link to the video.

Bryan teaches on UCD’s Social Policy and Sociology degree. Social policy is the study of how we understand and deal with social problems. Students often go on to become public administrators, social workers and leaders for NGOs and other organisations. Aside from being a professor of migration and social policy, the other strand of Bryan’s work is intellectual history. What unites both subjects is that they require him “to think about the different ways in which human beings understand the world”. These paradigms might be religious or secular, liberal or conservative.

Three Roads to the Welfare State

This is the title of Bryan’s new book, which is an intellectual history of social policy. It looks at the different schools of thought through which people understand social problems. The ‘three roads’ are the three main ideological traditions in Western Europe: conservatism, liberalism and socialism.

There are various kinds of conservatism; in Ireland we have Catholic conservatism. Liberalism has a focus on individual rights and freedoms. Socialism advocates for a social democracy. In various countries there are “different admixtures” of thinking. “And as I keep saying to my students, the way we understand something tends to shape what we think we can do about it.”

Bryan’s field of research is “fundamentally” interdisciplinary because social policy is “not merely the study of social problems”. In his department there are social scientists, economists and historians “all influencing the different languages for talking about social problems”. His new book draws heavily on political science, sociology, philosophy, theology and religion “in trying to capture how people have thought about and understood social issues and problems in these traditions across the last few centuries”.

In his book Bryan explains traditions from the perspective of people who adhere to them. A term he uses a lot in his writing and teaching is ‘vantage points’. “We all have our own vantage point upon the world, we can only see the world, really, from where we stand in relation to it.” He reads widely on each tradition and inserts himself “imaginatively and creatively into the perspective, beliefs, values and worldviews of other people”. By making a “genuine effort” to understand other people’s perspectives, “it gives you a vantage point, outside of yourself, for thinking about the world. It's not perfect, but it offers me a way in which to try and tell a story”.

Ireland’s economic prosperity is attracting immigration. People who are alarmed at the pace of this change “need reassurance” and societies need to have “their own internal conversations about migration”. In Ireland, our response to migration has been “mostly fairly benevolent”. The prosperity that attracts migrants “is bound up with our own openness to the world”. Economic liberals see immigration “as a sign of modernisation, progress and interconnectivity, whereas other people, perhaps, are much more concerned about the sort of impact of immigration on their societies at a particular time”. Sometimes these concerns are pushed to the foreground in ways that some people don't like. “Trump is a classic example. Brexit is another example. So these anxieties do play out and have to be taken very seriously.”

Bryan’s research interests also include the modernisation of Irish society, with a focus on the history of ideas and debates that have shaped its development. “There's a novel by a guy called LP Hartley, which says the past is a foreign country - and indeed Ireland's past is increasingly a foreign country to people.”

“We've seen changes in terms of marriage equality, and on many other issues that will put us very much at the vanguard of social liberalism in the Western world. So these are huge changes.”

Ireland’s journey along this pathway has been “broadly similar to many other countries”. It is “useful, interesting and exciting” to be able to think about these changes from all ideological angles, as he does in his new book. “I call it the three different roads that people have taken from the past to the present, towards the future. And at least this is a road from tradition to modernity, in various ways, shapes and forms.”

Bryan is UCD's Professor of Migration and Social Policy. He studies migration and social policy against the background noise, amplified on the internet, of xenophobic anxiety and political nativism, promoted by some politicians who claim that walls and not bridges will bring us security, stability and prosperity. What he has learned from his own research and from that of others is that migrants tend to be courageous, hardworking, enterprising, loyal to their families and those who are dependent on them, willing to belong and even if they appear to go their own way - in terms of the clothes they wear, the food they eat and in how they worship. They tend to integrate, even when efforts are made to deliberately block or exclude them.

Bryan's research interests also include the modernisation of Irish society, with a focus on the history of ideas and debates that have shaped its development. He has written several books on both topics. Examples include Histories of the Irish Future (2014), an intellectual history of the predicaments facing Ireland as understood by key writers since 1650 and the forthcoming (2018) Migration and the Making of Ireland, a history of immigration since 1600 which also addresses migration from Ireland.

Bryan's new book Three Roads to the Welfare State: Liberalism, Social Democracy and Christian Democracy is out now and available at 20% discount when you order from Policy Press