Creativity in a Crisis 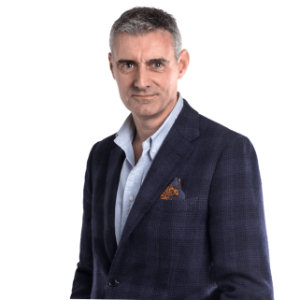 In our Zoom for Thought chat on May 12th, 2020, UCD Discovery Directory Prof. Patricia Maguire spoke to Jim Prior, Global CEO of next-generation brand agency Superunion/WPP, about being creative in a crisis.

In case you missed it, here are the top Takeaway Thoughts!

Jim leads the Superunion’s 750 people across 18 countries, advising clients - including BBC, Deloitte, Vodafone and Ford - on how to build stronger brands, “using creativity to do that”. But in a former life, he completed an undergraduate degree in physics and said there is “a huge amount of similarity” between scientists and creatives. “I think scientists and creative people are problem solvers, that’s fundamentally what we do. That ability to interrogate a problem, to hypothesise, to speculate, to iterate on solutions is hugely creative. Scientists and creative people go hand-in-hand really nicely”.

To hone their creativity, Jim advises to “write yourself a really good creative brief”. To do this he suggests finding “the simplest way” to articulate what you are creating. “If you can explain it to somebody on the phone in 15 seconds, then it’s a good idea. If you can’t, go back and simplify and then you’ll get there”.

Superunion is a business that relies on collaboration, shared ideas and iterative working practices. “If you’d said to me three months ago could that work in a 100% remote environment I would have probably given you an emphatic ‘No’. But, actually, it’s remarkable how quickly we and others have adapted.” Jim believes that nobody is going to go back to working in an office five days a week 100% of the time.

Interdisciplinarity is fundamental to Superunion’s success because “creativity is all about the fusion of different concepts and ideas”. Jim describes creativity as “intellectual capital” that grows through the addition of new ideas and multiple perspectives.

Jim makes a distinction between the knowledge economy - “I’ve learnt this here, I’m going to apply this there” - and the ideas economy - “less about just pure knowledge transfer and more about the capital of ideas”. The latter being “where the creative world is going”.

Technology & Telecommunication companies are “now the Roads & Railways of our world”, while e-sports “are literally the only game in town right now”. These are among the sectors thriving in the crisis. Creativity in the world right now is “less about big, set-piece plays - like making a great film or great advertising or great events - and much more about a more pragmatic, hands-on attitude to how companies respond”. He admires businesses that have adapted, singling out Limerick clothing company 31 Chapel Lane, which is creating “the coolest face mask in the world right now. Things like that are really wonderful examples of practical, pragmatic, useful, meaningful creativity that resonates at this point in time”.

He hopes that business people will come out of the crisis with “a stronger sense of what the purpose and nature of their organisations are. There’s been an awful lot of time in companies spent thinking, ‘What sort of organisation would I like to be?’ and I think we will see more companies asking, ‘What kind of company am I right now?’ And I think that’s important.”

Jim predicts a “massive wave of new entrepreneurialism”. Many people who have lost their businesses will emerge from the crisis with useful experience and insights. “And they’re going to be saying, ‘Hey, I’ve got an idea about something I could do now in this world which is going to be more valuable than what I was doing before.’”

A full recording of Jim's Zoom for Thought interview is available here.