In between small drugs and protein therapeutics: what can peptides offer? 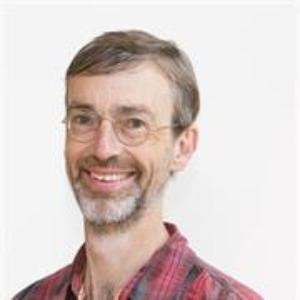 In our Zoom for Thought on March 1st, 2022, UCD Discovery director Prof. Patricia Maguire spoke with Denis Shields, Full Professor of Clinical Bioinformatics at UCD School of Medicine, on UCD Discovery's Zoom for Thought series, about, "In between small drugs and protein therapeutics, what can peptides offer?" In case you missed it, here are our Top Takeaway Thoughts and a link to the video.

Peptides are strings of amino acids, which are the building blocks of proteins. The human body makes them, they can be extracted from nature and also created in a test tube in the lab. Denis finds peptides “intriguing” and is now researching how they might be used to target the coronavirus Covid-19.

“One reason we think it's possible is that, in the case of HIV, a very successful peptide drug came out called Fuzeon. This drug is based on a peptide and it was a very important tool in helping keep HIV patients healthy.”

Although Fuzeon, an inject-only drug, has now been replaced with more popular oral therapies, “it demonstrates that when you have got a dangerous virus, peptides might be the answer”. Denis and his research team are now “exploring that space”, experimenting with the design of peptides, which will be synthesised by their collaborators in chemistry and tested in the lab.

Working in interdisciplinary teams is “essential” because Denis’s innate curiosity leads him down multiple paths.

“The only way you can survive in research in that way is if you lean on the expertise of other people.”

Integral to his Covid-19 research, for example, are experts such as peptide chemist Marc Devocelle in the Royal College of Surgeons Ireland, virologist Virginie Gautier in UCD, “who can test if peptides infect cells” and David O’Connell of UCD Conway Institute, who works in protein engineering.

“I can have an idea on the back of an envelope but I really need other people’s expertise, otherwise I make all sorts of foolish mistakes.”

Denis advocates for PhD training programmes that “bring together experimental and computational skills so that people can have a blended experience”. To that end he is involved in the SFI Centre for Research Training in Genomics Data Science.

“They are particularly interested in using natural-origin peptides from foods” because “people may be much safer taking them than they will be taking chemically synthesised peptides”.

Protein we eat is broken down into peptides during digestion.

Peptide medications are often injected. They often do not work as well in tablet form.  “The reason is that our gut is designed as a large machine for digesting various things like proteins - and peptides are parts of proteins - as well as fats and carbohydrates. That's what our gut is fantastic at. So the minute you swallow one of these things, there are enzymes in our gut whose job is to get rid of them.”

It is sometimes implied that moisturisers and serums claim that the peptides in their formulas can reverse the signs of ageing, which Denis calls into question.

“I don't know of any scientific evidence that peptides can reverse ageing.”

Denis is currently also doing a collaboration with The Happy Pear food and beverage company.

“We are looking at the distribution of peptides during the breakdown when seeds are germinating because I think that's a really interesting area. What effects are they going to have on our health? I will be fascinated to see that myself.”

His publications have been extensively published and cited with >15,000 citations and a H-index of >60 (according to Google Scholar, see https://scholar.google.com/citations?user=KxEwP9UAAAAJ). He has co-authored >170 articles in peer-reviewed journals, being first or last (senior) author of over >70 of these. They have been published in journals ranging from those with a wide readership (like Nature), to others which are much more specialist (like the Journal of Chemical Information and Modelling). Of his two published co-authored patents, one has been licensed to industry.