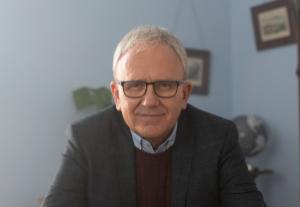 He returned to serve as teacher and Guidance Counsellor at Oatlands College for 43 years. He retired in October 2019, severing an association with the college stretching back 58 years.

Following his retirement, Brian was appointed by “Standard Life”, as Ireland's first “End of Career Guidance Counsellor” to support those approaching retirement in ensuring that they develop a sense of purpose, a fulfilling second life, balancing their personal, emotional, psychological, social and financial needs.

Brian has been a regular columnist and analysts on educational matters  for the Irish Times for the past eighteen years.

Brian was appointed to the “Education Finance Board” on its establishment by the Oireachtas to manage a fund of €12.8 million on behalf of the former residents of institutional care. He served for six years in this role.

Brian was appointed to lecture on and co-ordinate the Higher Diploma in Religious Education in UCD, from 1986-2002, while continuing  teaching religious education, commerce, and business studies in Oatlands College.

Brian was elected President of the Institute of Guidance Counsellors in 2001, a position he was re-elected to in 2004-2006.

Brian has had several books published over the years, including his most recent one, “Start Your Career Journey Here”, published in 2014.

Brian has been Managing Editor of “Ireland’s Yearbook of Education” for the past six years.

Brian was awarded an honorary  PhD in Education by the National University of Ireland (NUI) in November 2019, in recognition
of his lifetime’s contribution to Irish education.