Poems that Solve Puzzles: The History and Science of Algorithms 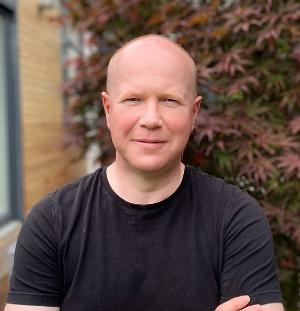 In our Zoom for Thought on October 13th, 2020, UCD Discovery Director Professor Patricia Maguire spoke to Chris Bleakley, Associate Professor and Head of UCD School of Computer Science, about his new book, “Poems that Solve Puzzles: The History and Science of Algorithms” published by Oxford University Press. In case you missed it, here are our Top Takeaway Thoughts.

What is an Algorithm?

Bleakley wrote the book after noticing the word ‘algorithm’ cropping up more frequently in the media - in stories about, for example, Facebook vote-rigging and the recent Leaving Certificate grades debacle. “But I felt that most people didn’t know where the word came from or what an algorithm was, so I wrote the book with that in mind.”  He describes an algorithm as a sequence of well-defined steps that solve an information problem. Those steps can be codified as instructions in a computer - and the computer then performs the steps automatically.

From Babylon to Bitcoin

The book traces the history of algorithms from their original invention 4,000 years ago in ancient Babylon - where step-by-step mathematical puzzles were etched on clay tablets - right up to the latest advances in AI and cryptocurrencies.

P.S. Those Babylonians even knew the Pythagoras theorem 1000 years before Pythagoras lived!

He deliberately wrote “Poems That Solve Puzzles” for the general reader and not specialists in mathematics or computer science. One review compared it to accessible bestsellers like Bryson’s A Short History of Nearly Everything and Harare’s Sapiens. “I read those books and I really liked the style of them. I was aiming for that,” Bleakley admits. “I could have taken the approach of just trying to explain the algorithms, but that would be a bit dry and textbook. So I think the context of telling the history makes it more readable.” A lot of algorithms came out of major events like the Cold War and changes like the Industrial Revolution.

A Little Luck, a Lot of Work

By happy coincidence, his next-door-neighbour, a published author, introduced Bleakley to his now agent - who secured the deal with Oxford University Press. But Bleakley more than pulled his weight too, undertaking no less than twelve drafts to polish his book. “I saw an interview with an author and they said it took them fourteen drafts to write a novel. So maybe I was taking a short cut,” he quips. “That’s my way of getting it to flow - just lots of drafts.”

He confirmed that computer science has become “very interdisciplinary” and that they are working with experts from a wide range of fields and disciplines “to solve problems using computers”. He is currently involved in the CONSUS project, a collaboration between agri business Origin Plc, and four UCD Schools - the School of Computer Science, the School of Agriculture and Food Science, the School of Biology and Environmental Science and the School of Biosystems and Food Engineering. “It’s a large project and the sorts of things we are doing wouldn’t be possible if we didn’t have the expertise across the four schools. We are working in tandem with Origin to produce research outcomes.”

Facebook makes money through advertising to users - so it needs to keep your eyes on your feed. Their algorithm does this by making sure you approve of its choices for your feed. Using weights and a scoring system it ranks posts according to your preferences, affinity with the poster, how old the post is and how much effort it took to compose. But there is still room for improvement. “If you look at the recommendations, they tend to give you more of the same. They look at your history and they give you more posts like that so over time it becomes very samey. There is research going on to try and inject surprise into it.”

This article was brought to you by UCD Institute for Discovery - fuelling interdisciplinary research collaborations.