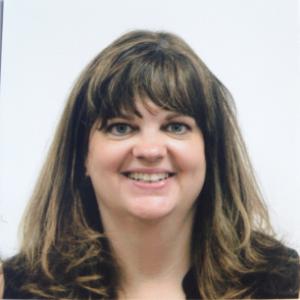 In our Zoom for Thought on December 8th, 2020, UCD Discovery Director Professor Patricia Maguire spoke to Diane Negra, Professor of Film Studies and Screen Culture at University College Dublin about “Popular Culture and Covid-19.” In case you missed it, here are our Top Takeaway Thoughts.

The pandemic has brought about “a real acceleration of pre-existing trends towards media concentration” and “fewer services being provided by fewer entities in the marketplace”. At the heart of Diane’s work “is a desire to help people build their critical media literacy” so we are “much less susceptible to misinformation and rumour”. This encompasses taking a critical stance toward the full spectrum of media forms from silent cinema to emerging phenomena like Instagram viral videos.

Diane is “starting to get very worried about the social effects of technology.” Her upcoming book Imagining “We” in the age of “I”: Romance and Social Bonding in Contemporary Culture looks at how technology is affecting intimacy. “We are really interested as well in how traditional couple culture is on the one hand being fractured but on the other hand remains very persistent.” One of the social impacts of the pandemic has been for us to “double down on certain images of the couple and the family.” While the home has become both a refuge and a prison, “our capacity to imagine ourselves as social beings is very linked to both the sense of family and also very much to a sense that it is normative for people to be coupled.”  Where does this leave the large numbers of people whose lives are not organized in this way?

The pandemic has been “extremely good for television” with people binge-watching “up and down the spectrum” from staple sitcoms like The Office and Friends to so-called quality television. The film industry, on the other hand, is in the doldrums. “The Hollywood studios are in a bad way and their 100-year reign looks in many ways to be coming to an end.” Diane finds it “stunning” that “there will be a reduction in many places in how cinema is provided as a collective experience.” But Dublin, which she describes as a “cinephilic city” should do “better than most when it comes to rebuilding cinema here.”

She noticed how during the pandemic Irish people were ”seeking ways to recognise ourselves and our culture”. This played into the “massive acclaim” for the TV show Normal People but also in a trend for celebrating cute young people like little Darragh O’Neill from Tyrone, whose video about being “a busy man” went viral. Along with Normal People, other notable Irish TV shows she mentions are Derry Girls, The Fall and Dublin Murders. “These kinds of shows are showing us that Ireland is taking up a place in the very active global marketplace for so-called quality TV.”

After 13 years and 20 seasons, Keeping Up With The Kardashians is winding down in 2021. Kim Kardashian epitomized a range of celebrities whose relationship with the public seemed to sour in the pandemic. “Kim Kardashian did not do herself any favours by publicizing the group that gathered to celebrate her 40th birthday party.” Since the pandemic, people’s aspirations have changed and we don’t relate to celebrities in the same way. “I think we're going to see a very distinct new set of relations between audiences and celebrity culture.” For some it’s been a pandemic pleasure to go back to the past.  In Negra’ recent work the legacy of Alfred Hitchcock - the subject of another upcoming book by Negra in which she analyses his 1943 film Shadow of a Doubt - endures. A questioner during the Zoom chat pointed out that a number of articles written in the past six months drew parallels between the pandemic and his famous film about complacency, The Birds.