Space Research in the Time of COVID-19 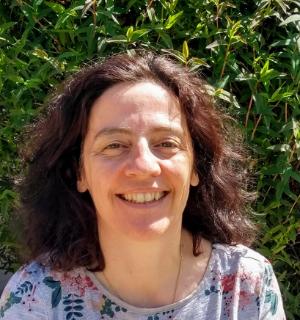 In our Zoom for Thought on May 19th, 2020, UCD Discovery Directory Prof. Patricia Maguire spoke to Prof. Lorraine Hanlon (pictured), Director of the newly created UCD Centre for Space Research (C-SPACE) about “Space Research in the Time of Covid-19”. In case you missed it, here are our top takeaway thoughts.

Hanlon studies cosmic explosions called Gamma Ray Bursts “which are some of the most powerful explosions in the universe”. Discovered in the late 1960s, they can be detected by instruments in space and followed using telescopes from the ground.

C-SPACE, the Centre for Space Research, was set up in UCD in February 2020. Hanlon’s team is designing, building - and will launch and operate - Ireland’s first satellite, EIRSAT-1. Developed as part of the European Space Agency’s Fly Your Satellite programme, EIRSAT-1 is a CubeSat, “the size of a shoebox, but scalable”. CubeSats are fully functional satellites and “a brilliant way” for emerging space nations like ours to develop capability in spacecraft engineering and operations.

Work is still continuing remotely on EIRSAT-1 despite the Covid-19 disruption but a launch date has yet to be announced. “The schedule is always a battle - ask any space programme manager and they’ll tell you that. Certainly the team is doing all that it can do without physically getting their hands on the hardware.”

Scotland played an important role in the UK’s first satellite launch, which revitalised its space industry and made it a global leader. “More space craft are built in Glasgow than anywhere else in Europe right now,” she said, describing this success as “a model we have looked at”.

Hanlon is “absolutely” worried that space could become the new Wild West. “It is already happening. You can see how unregulated it is if somebody can suddenly start launching hundreds of small satellites without ever thinking, or being forced to think, about the impact on our views of the night sky, for example.” (SpaceX founder Elon Musk currently has 420 Starlink satellites in orbit and has plans to launch 12,000.)

Not just for NASA

Ireland is one of only four OECD countries not to have launched its own satellite. “Space is clearly becoming a new frontier. It’s no longer just something that only NASA or ESA can do but something much smaller players can participate in.” If we want to be significant explorers in this new frontier, we need equipment, teams and skills. “We feel the value is in not just being a small part of a big mission like NASA or ESA - but also to build our own systems capability.”

She quoted a newspaper headline: “China’s Elite are Golfing Again”. This return to normal activity was picked up by satellites. In Ireland, seismic activity was seen to increase when more people took to the roads over the May bank holiday weekend. “So you’ve got in-situ sensors and satellite sensors working together. I think that will become more and more important.”