The evolution of organised crime in Ireland 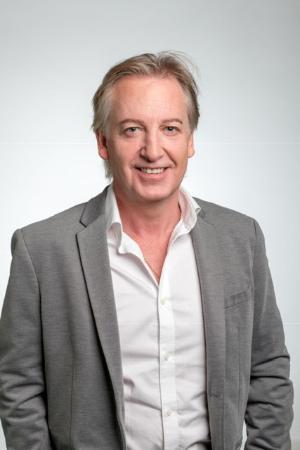 In our Zoom for Thought on March 29th, 2022, UCD Discovery director Prof. Patricia Maguire spoke with Paul Williams, multi-award winning crime journalist, author and broadcaster, about, "The evolution of organised crime in Ireland". In case you missed it, here are our Top Takeaway Thoughts and the video.

Paul began crime reporting shortly after joining the Sunday World newspaper in the 1980s. In 1987 there was “an explosion of serious crime” and the emergence of notorious criminals like “the General” (Martin Cahill) and “the Monk” (Gerry Hutch). Terrorist organisations like the INLA and the IRA were also active. Ireland “seemed to be in the grip of a crime epidemic”.

In the early 1990s Paul first began studying criminology, having become “more interested in the wider issues around crime and crime causation”. His journalism became something of a vocation after the murder of his friends and fellow crime reporters Veronica Guerin in 1996 and Martin O’Hagan in 2001.

“My family and I lived with police protection for thirteen years, including part of that time with two armed bodyguards. Others of my colleagues have been threatened many times. As a friend of mine once said, ‘You only get flak when you're on-target so we must be doing something right’. We were annoying these people by writing about what they do.”

Along with his journalism, Paul has also written twelve books about crime and criminals in Ireland.

The origins of organised crime in Ireland coincided with the outbreak of the Troubles in Northern Ireland, when the provisional IRA “funded their war by robbing banks”. This inspired “a significant cohort of young men who had come from the margins of Dublin society - people like the Dunnes, the Cahills, the Cunninghams” and from the 1970s onwards, there was a “massive upsurge” in armed crime. The late 1970s and early 1980s saw the arrival of “the heroin scourge” to, mostly, inner city Dublin. Enticed by “prodigious profits”, criminals moved into the drugs trade. The 1990s and noughties saw an increase in the use of recreational drugs more widely in Irish society - first hash, then cocaine - and these illegal drugs have been at the heart of the problem ever since.

John Gilligan “changed the face of organised crime in Ireland” by placing “a coherent business, distribution and financial structure” around the importation and sale of drugs. The cocaine industry, now worth €1bn annually, has enticed “volatile young criminals who began killing each other, purely because that's the way they do business. It's all about treachery and greed and double crossing each other”.

Twenty years on from the shocking murder of Veronica Guerin, the Kinahan-Hutch feud began in 2016.

“This was carried out principally by the Kinahans who killed 18 people in a very short period of time, which really did hit Irish society in a big way.”

The Kinahans operate “one of the biggest, multinational organised criminal groups in the world”.

Keeping on top of organised crime in Ireland is like maintaining a garden - “you don't let it go out of control. What has happened in Irish society in policing terms is that we let the weeds grow very high. John Gilligan got out of his box and murdered Veronica. The Kinahans and the Hutches all got out of their boxes and felt that they could wage war openly on the streets. We saw it in Limerick too. So, I think the big lesson there is about maintenance. Because as long as the people in society want to get stoned we will have organised crime”.

Traditionally police forces have been conservative and resistant to change. But as newer recruits to the force have become more educated, “they began to realise how important academic research is in the whole field of criminology”.

Now psychology is having an impact on police interrogations, where previously bullish tactics are being exchanged for best practice approaches based on research.

“The Graham Dwyer case was a brilliant example of academics getting the police to understand how to interview people and get the information out of them. Unlike in America where they still have an interrogative system where they effectively bully people into confessions and then you get a disproportionate number of cases of miscarriages of justice.”

Social history and social science are also important disciplines to help deepen our understanding of crime causation and prevention.

“It’s also about education and about health because it’s the really harmful drugs like heroin and cocaine that are having a detrimental effect on our societies.”

Paul does not believe legalising drugs will solve the problem. In some places where cannabis has been legalised by local governments, criminals are still in situ, “selling it cheaper than the legitimate governments”.

Paul Williams is a multi-award winning crime journalist, bestselling true crime author and broadcaster with over 30 years’ experience in the field. He holds an MA in Criminology (First Class Honours) for which he received the Department of Justice Academic Achievement Award. Paul is the author of ten best selling books, which investigated various aspects of the evolution of organised crime in Ireland and has researched, written and presented a number of major factual TV crime series for Virgin Media and RTE.

Paul co-hosted the Newstalk Breakfast Show for over two years and recently researched and presented a special one-hour documentary on the international drug trade for the BBC World Service.

A member of the Washington-based International Consortium of Investigative Journalists (ICIJ) since 2000, he is also a director of the Irish Crime Victims Helpline.

He is a regular contributor and commentator on issues relating to organised crime to domestic and international media organisations, in addition to providing educational talks and lectures on areas related to crime, fraud and money laundering to corporate bodies and continuous professional development courses.