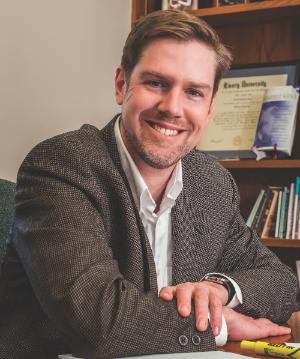 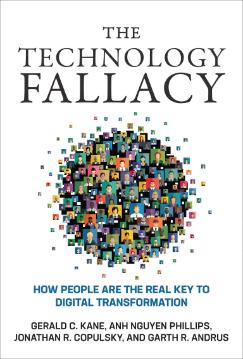 In our Zoom for Thought on November 17th, 2020, UCD Discovery Director Professor Patricia Maguire spoke to Dr Gerald C. (Jerry) Kane, Professor of Information Systems and Faculty Director of the Edmund H. Shea, Jr. Center for Entrepreneurship at Boston College’s Carroll School of Management, about his book, “The Technology Fallacy: How People are the Real Key to Digital Transformation.” In case you missed it, here are our Top Takeaway Thoughts.

The research for Kane’s book took five years and surveyed over 20,000 people in global companies such as Salesforce and Walmart to ascertain their response to workplace digital disruption. The premise of the book is that people, rather than the technology itself, are the real key to digital transformation.  “What's interesting about this topic to me is this concept that technology keeps on moving and changing, and organisations, by definition, change at a much slower pace. So, how do we close that gap?”

Coincidentally, Kane and his co-authors had a meeting about their second book with MIT Press just as lockdown happened in March. “At that pitching meeting we said why don't we investigate what the companies are currently dealing with? Because what we were finding is that many of the lessons of The Technology Fallacy were being lived out in the post-COVID world as companies were rapidly adapting to remote work.” Over the following six months they interviewed over fifty executives leading their organisations through this incredibly challenging time. “It was a very interesting experience to take the expertise we had and apply it to this emerging situation as we were all living through it. Not a week passed where I didn't say, ‘This is actually fascinating’ and ‘Dear God, what have I got myself into?!’”

Digital touches every aspect of organisations, from marketing and HR to finances and requires a “multidisciplinary approach”. One of the findings in The Technology Fallacy is that “digitally mature companies are more likely to be organised according to cross-functional teams”. The Chief Information Officer of Harley Davidson said: “Because digital touches everything if we don't have this interdisciplinary approach it's not going to work.”

Leaders at all Levels

One of the “biggest things” Kane works on is helping “lower level managers realise they have a role in this digital transformation and that they can’t just leave it to the senior leaders”. He inspires and encourages them to “step up and rethink their jobs in the face of digital change”.

Age is Just a Number

“This whole idea that technology is the providence of the young, we have zero evidence for that,” says Kane, who adds that workers don’t need to be “AI developers or social media aficionados”. Instead he said that no matter what your age you just need “a functional literacy of what these technologies can do so they can work in this world”. His research also found that 80% of people want to work for a “digitally mature organisation” .

Using “fancy, jargonistic words” to explain digital processes at work backfires. “It makes people believe that they can't understand it or they can't grasp it.” Instead Kane recommends finding “common sense ways” to explain how to use technology.

Kane hopes “one of the silver linings of COVID” has been an acceleration of digital transformation both at work and in our personal lives, with people accomplishing technical tasks - such as buying online or communicating virtually - in the absence of alternatives. He was surprised at how successful companies have been “in such a short period of time, which proves the thesis of our first book. It was always about the people, it was never about the technology that's holding companies back”.

The easiest and most impactful way a company can promote digital transformation is through “Culture, culture, culture”. Digitally mature companies are “more likely to have certain cultural characteristics” such as being risk tolerant, collaborative and agile. They are “using that culture to drive change”. It is “really hard to cultivate culture in a remote environment”. For this reason he believes that people will be back in offices post-pandemic, not for five days a week, but “at least in a hybrid way”.

This article was brought to you by UCD Discovery - cultivating interdisciplinary research culture and collaboration.