The voice of the public in research 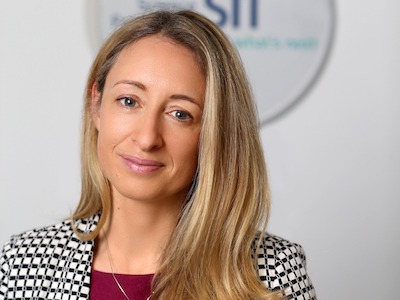 In our Zoom for Thought on May 18th, 2021, UCD Discovery Director Prof. Patricia Maguire spoke to Dr Ruth Freeman, Director - Science for Society, about “The voice of the public in research”.  In case you missed it, here are our Top Takeaway Thoughts and a link to the video.

Ruth oversees Science Foundation Ireland’s education and public engagements at primary school level and also the Foundation’s programmes that support individual university researchers across all STEM disciplines. She also has oversight of their challenge funding division, which supports researchers “to bring their incredible intellect to really tangled problems that really need to be disentangled”.

“The more we thought about it, the more this idea cemented with me: How do we bring the voice of the non-researcher into research?”

This reflection was reinforced when Ruth visited a large research centre developing a new therapy for a particular disease - only to discover the researcher had never actually met anybody with the disease.

“For me, now, this seems unusual. But for a lot of researchers, particularly those of us who are scientists, we feel we need to stay in that ‘science box’ and that maybe we're not qualified to go outside of it. But I think we need to.”

Ruth gave an example of an excellent interdisciplinary research team that looked at an injectable pain medication and was funded under SFI’s first Future Innovator Prize. “It brought together scientists, engineers, geriatricians, pain medication specialists, but also patients, older people who had lived with chronic pain for years who were feeding back their experience.”

GM Food and the Internet

She spoke about how the first commercial GM crop was launched in 1994 - the same year commercial traffic began on the internet. The public’s response to both innovations was vastly different.  While we “really resisted” GM food, we flocked blindly to the internet.

“If we had a more structured discussion about the pros and cons of both technologies, I think maybe we'd be in a better place with both of them,” said Ruth.

When the internet emerged, few in the tech industry seemed to predict its potential dangers. By contrast, musician David Bowie, in a famous 1999 interview with broadcaster Jeremy Paxman, said: “I think the potential of what the internet is going to do to society, both good and bad, is unimaginable.”

Ruth observed: “I think for all of us as researchers, it's good to keep our eyes and ears open to different perspectives and… create the structure to get that information into our work.”

Science Communication in a Pandemic

She has been “incredibly impressed” with science communication during COVID-19. “I know there have been debates about people talking outside of their direct expertise, but I think in general, it has been a good, nuanced debate. And I think what's been important is that the public have been on the journey with scientists.” Whether you are a science communicator or a scientist, there is a “collective responsibility to communicate”.

The COVID-19 vaccine is “a good news story” and shows “what can be achieved when science is given support, and everyone gets behind it”. Ruth hopes we can also “put the collective muscle of science behind some other really big important global issues and do that in a more coordinated way”.

In March, Simon Harris, the Minister for Further and Higher Education, Research, Innovation and Science, announced a national investment of €5.2 million through the Science Foundation Ireland Discover Programme. The funding will support 49 public engagement and education initiatives that aim to improve public understanding of science, technology, engineering, and maths (STEM) and engage a wide audience of people with STEM topics. “I think we need to make structures for the public to get involved - and Ireland has really led in this area with the Citizens’ Assembly. If you bring in a cross-section of the public and you give them access to information and space to discuss, you can have very productive discussions.” She gave the example of children born recently  having full access to their DNA code. “I think it would be remiss of us if we didn't provide them with the structures and philosophical framework to deal with that information about themselves.”

“To some extent this is our tent so we have to open the door and we have to say to people, ‘Come in, you are welcome. And we will make an effort to explain things to you and we don't have all the answers’. We invite them in with open arms and we welcome their input and that's a very good start, hopefully, to a productive dialogue.”

Ruth Freeman was appointed Director of Strategy and Communications at Science Foundation Ireland in 2013 and, following department restructure in 2018, became Director of Science for Society.

Ruth oversees the programmes at SFI that award and manage funding for:

(i) Discovery-led research - investigators at all career stages

Prior to her current appointment Ruth has held a series of positions at Science Foundation Ireland, including Director of Innovation, Communications & Education and Director of Programmes, Enterprise and International Affairs, with responsibility for overseeing all Science Foundation Ireland research funding programmes and management of funded awards, as well as the Foundation’s activities in conjunction with industry and international partners. Ruth joined Science Foundation Ireland as a Scientific Programme Manager in November 2006. Prior to joining the Foundation, Ruth worked as a researcher at Trinity College Dublin (TCD). She holds PhD and Bachelor degrees in Genetics from TCD, where she was awarded a Trinity scholarship, the Eli Lilly Chemistry Prize and the Roberts prize for Biology. Ruth’s PhD research, on population genetics in hybrid zones, was funded by a prestigious studentship from the Wellcome Trust
and was carried out at TCD and ILRI, Nairobi.