Training the Next Generation of Machine Learning Leaders 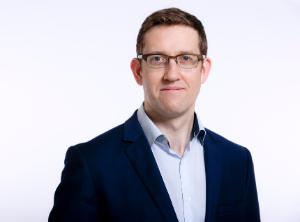 In our Zoom for Thought on April 27th, 2021, UCD Discovery Director Prof. Patricia Maguire spoke to Brian Mac Namee, Associate Professor at the UCD School of Computer Science, about “Training with the Next Generation of Machine Learning Leaders”. In case you missed it, here are our Top Takeaway Thoughts and a link to the recording.

Brian’s work in machine learning (ML), a branch of artificial intelligence, has two paths. The first is fundamental research, which involves “developing what we call human-in-the-loop; machine learning algorithms where we try to blend the best of what computers are good at with the best of what people are good at”.  The second part is applying ML to a broad spectrum of disciplines “from agriculture to medicine”.

A Class of PhD Candidates

Brian is director of the Science Foundation Ireland Centre for Research Training (CRT) in ML, founded two years ago. The Centre is a collaboration between UCD, Dublin City University and the Technological University Dublin. “It is all about training PhD students to be as successful as they can be, both in their research and in the careers that they're going to go on to.” They have done this by creating “essentially a class of PhD candidates”. The 2019 class has some 24 students; the 2020 class, over 30. They are now recruiting for a third cohort and expect at least 35 students to join this group. “They are going to go through their whole PhD adventure together as a group. That's great for them, because it means they have a lot of support around them but it also means that because we have a large group we can put in place a programme around their research. So those people will still do amazing fundamental research in machine learning, but on top of that we have a layer within the training programme that tries to broaden their horizons and keep them from not totally disappearing down into the niche that their thesis is going to be written about.”

The majority of these candidates go into industry when they finish their PhDs. “Five or ten years ago the majority were staying in academia, whereas now we're seeing many more go to industry.” The CRT arranges work placements with companies like MasterCard, Huawei, Eaton, and Accenture.  “A couple of students from our first cohort have already started a company, and I think that's something we'd be really excited about to see - how students might start spin out companies of their own, based on their research.”

A hot topic of debate is the lack of diversity in ML as a result of ML solutions being devised, for the most part, by white men. Brian mentioned Dr. Timnit Gebru who was recently sacked by Google for, she claims, accusing them of “silencing marginalised voices”. He recommended the movie Coded Bias on Netflix which “does a great job” of exploring the issue of algorithmic bias. PhD candidates at the CRT in ML represent no fewer than 23 different countries and some are involved in research projects “specifically looking at questions around bias, transparency, trustworthiness within machine learning, which are only going to become a bigger question as time goes by”.

Brian believes that ML will always require human expertise, though he admits that others in the field would disagree. He sees “massive potential” for human-in-the-loop ML - or augmented intelligence - and uses the game of chess as an example of this. “The current best chess player in the world is referred to as a centaur where it's a mixture between a human player and a computer player.”

He does not believe that ML will ever be able to fully automatically detect and eradicate misinformation disinformation, deep fakes and fake news. “I think that is such a nuanced problem that we'll always see the solution to that is going to be a blend of people and machine intelligence together.” While he does see a move to automated transport in the coming years, there are challenges. “That country road where you meet a herd of cows out in the middle of nowhere, that's a very hard problem to solve. Whereas driving around an instrumented city is actually probably quite feasible.”

Read All About It

Brian co-wrote the book Fundamentals of Machine Learning for Predictive Data Analytics Algorithms, Worked Examples, and Case Studies, quipping of using Google data “to figure out the title and how many buzzwords and keywords we could squeeze into it”. As a lecturer in Machine Learning he had noticed the need for a textbook with “really clear, step-by-step examples of how algorithms work”. He and fellow lecturer John Kelleher and Aoife D’Arcy, CEO of consultancy company Krisolis, set about addressing that need with this book, which has been translated into four languages and is in its second edition.

Dr. Brian Mac Namee received a PhD in Artificial Intelligence from Trinity College Dublin in 2004. Brian has 15 years’ experience of researching, applying and teaching machine learning both in academia and industry.

After a period working in industry Brian joined the Dublin Institute of Technology School of Computing as a lecturer where he founded the Applied Intelligence Research Centre and was a founding co-principal investigator at the Enterprise Ireland CeADAR technology centre for applied data analytics research.

In 2015 Brian joined the School of Computer Science at University College Dublin where he is an associate professor. Brian is Centre Director of the
SFI Centre for Research Training in Machine Learning (www.ml-labs.ie).

Brian is also a funded investigator at the SFI Insight centre for data analytics (www.insight-centre.org) and the SFI VistaMilk research centre (www.vistamilk.ie). The second edition of the successful textbook co-authored by Brian, “Fundamentals of Machine Learning for Predictive Data Analytics: Algorithms, Worked Examples and Case Studies”, published with MIT Press and available in 5 languages, was released in July 2020. Brian has published extensively in the area of machine learning, particularly in the areas of active learning, concept drift, human-in-the-loop machine learning, and deep learning.

Brian also works on applications of machine learning in diverse fields including agriculture, space, medicine, and virtual reality. Brian is chair of the
Artificial Intelligence Association of Ireland.