Ireland’s first satellite measuring up at ESA for Space Week 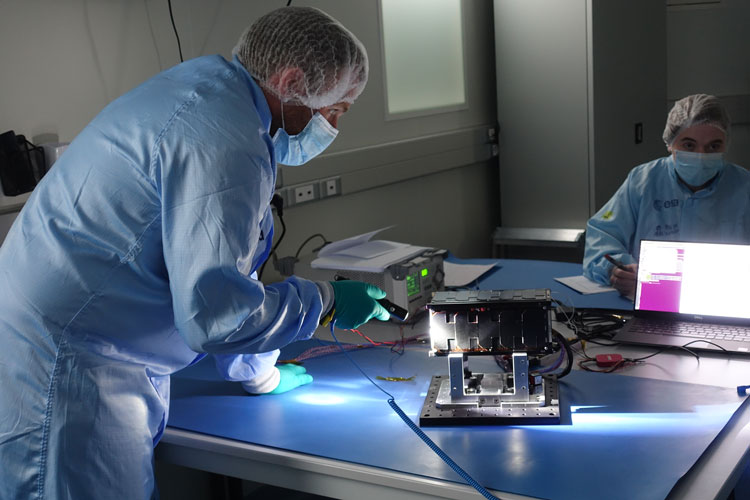 Working on the CubeSat at ESA Education Centre

The EIRSAT-1 project is to build, test, launch and operate Ireland's first satellite which  will perform in-orbit demonstrations of three novel payloads developed in UCD.

The team has already developed space systems skills that did not previously exist in Irish industry or academia and their work will position Ireland to benefit from global space industry growth expected in the coming decades, and inspire the next generation of students. 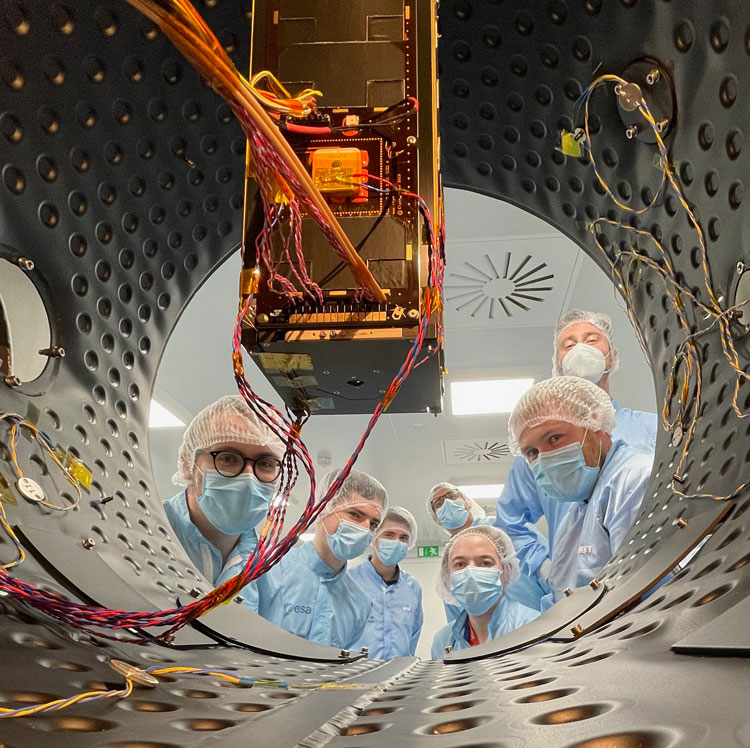 EIRSAT-1 selfie with the EQM at the ESA Education Centre

Speaking from the ESA Education Centre in Redu, Belgium, researcher and EIRSAT-1 Systems Engineer Dr David Murphy said: “It’s exciting to be at ESA Education’s CubeSat Support Facility during Space Week with EIRSAT-1’s environmental qualification model. The team is spending five weeks here to perform important environmental testing on the spacecraft. It has been shaken to simulate launch on a rocket and it is now being tested in the thermal vacuum chamber which subjects it to extreme hot and cold temperatures in a vacuum environment, just as it will experience during spaceflight. It’s incredible to see the project reach this very important milestone and to think about how far we have come since we first imagined EIRSAT-1.” 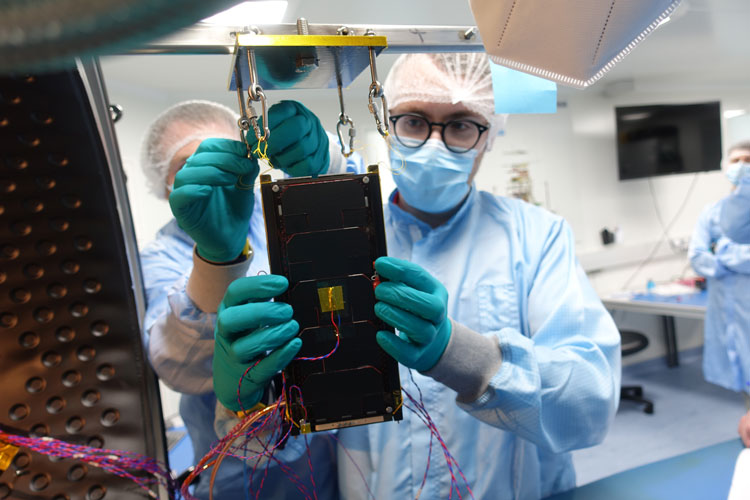 While in space, EIRSAT-1 will detect and record bursts of gamma-rays using a detector developed by UCD’s Space Science group. It will also test a novel ‘attitude’ (spacecraft's orientation in space) control system developed by the Dynamics and Control Group in UCD, and test the performance in space of protective coatings made by Irish space tech firm ENBIO Ltd.

Director of UCD Centre for Space Research (C-Space), Professor Lorraine Hanlon said: "This exhaustive test campaign is the most important milestone for the EIRSAT-1 project so far. We knew that all the parts of the spacecraft could survive the launch and space environment but the enormous effort put in by the EIRSAT-1 team and ESA Fly Your Satellite! team has now given us confidence in the spacecraft as a whole. It means we have a solid, robust and capable design for the first Irish spacecraft. We now enter the build phase for the Flight Model with extremely high confidence."

UCD –C-Space member and Academic Lead on the gamma-ray detector module, Associate Professor Sheila McBreen said: “The gamma-ray detector was developed in-house from an idea and is now a payload in a qualified satellite. We look forward to measuring bursts of radiation from the deaths of stars in orbit with the flight model."

UCD C-Space member and Academic Lead on the Attitude, Determination and Control Systems (ADCS) subsystem and Wave Based Control (WBC) payload, Assistant Professor David McKeown said: “EIRSAT-1 gives us the ability to access novel ways of repositioning satellites and test the ideas we have developed over 10 years through working with ESA."

Head of the ESA Academy, Joost Vanreusel said: “The EIRSAT-1 mission of UCD is a truly unique and ambitious university project, in which the students are faced with the same type of challenges that ESA professionals are confronted with on a daily basis. By applying the same techniques that are used for larger satellites under guidance of ESA experts, the team’s hard work is serving two purposes: firstly verifying that the satellite will be ready to successfully execute its mission, while at the same time this next generation of space scientists and engineers is being further trained to work on Ireland’s and Europe’s future space programmes.”

The global space sector – which includes technology, communications and Earth Observation (which benefits industries such as transport and agriculture, as well as climate change monitoring) – has been growing by five per cent per year on average and is forecast to be worth €1 TRILLION by 2040.

Ireland is currently the only full member of ESA that does not have its own satellite but that will be rectified when EIRSAT-1 is delivered to ESA next year.

Visiting UCD for Space Week, Chair of Applied Space Technology at the University of Strathclyde, Professor Malcolm MacDonald joined UCD C-Space in conversation with national level policymakers to share insights from the successful Scottish space industry and discuss opportunities for Ireland through the National Space Strategy for Enterprise.

He said: “Scotland now has over 170 organisations involved in the space sector, which has grown by two thirds since 2014-15. The Scottish space success story has proven the direct link between funding for space research and growth in successful space activity. I welcome UCD's increasing space activity including EIRSAT-1 and the continuing space-related work across many schools.” 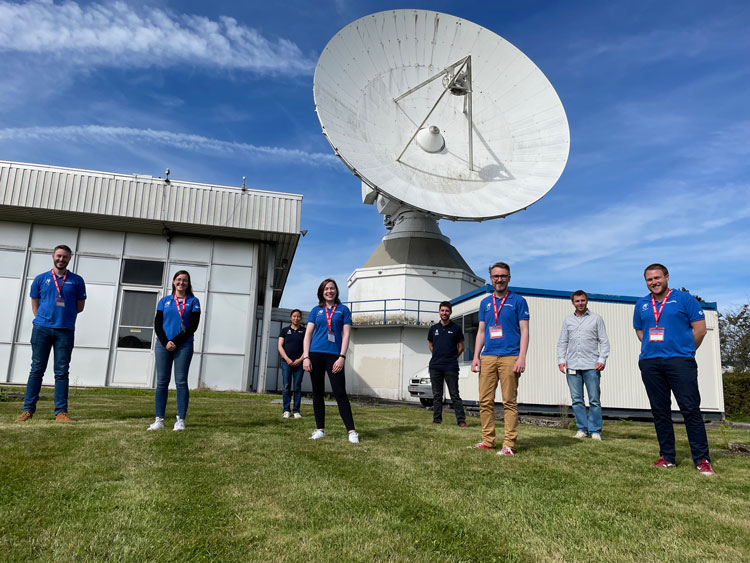 *Space Week is Ireland’s newest national STEM (Science, Technology, Engineering, Mathematics) week, in parallel with World Space Week, encouraging students, families, community groups and members of the public to come together with astrophysicists, the educational community, artists, hobby astronomers and space scientists to discover the wonders of the universe. ‘Women in Space’ is a theme of this year’s Space Week, organised MTU Blackrock Castle Observatory with the support of Science Foundation Ireland and ESERO Ireland.