Q:  What do you see as the common thread in your research?

A: I would say sustainability, sustainability of production. Whether in agriculture or in bioenergy or in sustainable energy, I’ve brought ideas of sustainable operations and optimisation into all of the areas I’m working on. I’m unique in that I have a joint appointment across two schools: agriculture and food science and biosystems and food engineering.

It makes things more interesting in that it means you can develop different areas. For example, the precision agriculture and the crop production side in the school of agriculture and sustainable energy side is in engineering. Some people would be more specialised. My approach has been slightly broader; to look at cross cutting applications, both technology and IT but also systems, across a number of areas.

Q: How are environmental considerations affecting how agriculture and food systems operate?

A: Environmental considerations have become more important and highlighted across the entire food chain. Consumers have an expectation about how food is produced, retailers respond to that, and it goes all the way back along the chain to the primary producers. On the other side, the European Commission are saying we have issues concerning things like greenhouse gases or water quality and they adapt the regulations around land use. Some of it is warranted, some of it is not. Some of it is very restrictive.

Another aspect is recognition of waste in the system. Over 30% of food produced is wasted on the retail and consumer end. How do you manage those ingredients and nutrients associated with those food products? That lends itself to the circular economy. In agriculture we’ve been doing circular agriculture in terms of nutrient sourcing for a long time - slurries, nutrients and so on that get recirculated back onto the land.

Consumers are starting to recognise that if something is not fit for consumption, it can be repurposed. We could hydrolyse it, we could digest it, we could take something out of it. It would be done at the processing point, or with food taken from supermarket shelves. But people can have perceptions that it’s second hand. I think making a biodegradable plastic from bread starch might be acceptable, but say the next step, extracting an amino acid from a vegetable which is recycled and turned into a supplement for a fish ingredient. Would a consumer accept that? There’s a whole range of issues around the acceptability of the bioeconomy. For health and safety point of view there’s no problem, but we haven’t really had that debate yet with consumers.

Q: Do you think the public tend to react quite negatively to what they perceive as scientific interference in natural processes, like genetically modified foods for instance?

A: Yes, and it’s a huge restriction certainly from the agronomy side of it. We’re trying to play on a world stage with our food production in Europe. We’re doing it with one and a half hands tied behind our back compared to our colleagues in the US. We cooperate a lot with them and when we are doing trials, we are so restricted. We can’t use genetically modified varieties. They will just put in a variety that can deal with water logging or stress, or dry climates, they will just choose that appropriate variety and deal with the management of it but they would never avoid using it. The restrictions here are European wide, purely driven by consumer pressure on politicians, there’s no science behind it, at all. We should be able to educate and explain our position so it’s not an unknown. People understand it and get it.

Q: We are in a major transition in the development of agriculture. Sometimes called the fourth agricultural revolution, driven by technology and data. How will this change how we do farming?

A: We are in the start of the fourth generation. The third one was the green revolution with regard to the utilisation of chemicals, and prior to that it was mechanisation. So what we’re looking at the moment is the data driven one. We’re starting to realise the value of understanding the various data streams associated with agricultural production. Everything from the soil to the root structure, to plant biomass, production of seed, disease status. As the instruments we have are becoming more sophisticated, the use of hyperspectral imaging, drone technology, soil assessment tools, these are all generating phenomenal amounts of data, and now that we have the tools, the algorithms to interpret and make sense of that data, it’s changing potentially how we make decisions.

"As the instruments we have are becoming more sophisticated, the use of hyperspectral imaging, drone technology, soil assessment tools, these are all generating phenomenal amounts of data, and now that we have the tools, the algorithms to interpret and make sense of that data, it’s changing potentially how we make decisions."

Q: How has the science and innovation around biomass and bioenergy developed in the recent past - what kind of applications does it have?

A: It’s changed quite a lot. In the last couple of years when we look at biomass we’re looking to extract more out of it. We had been looking at biomass say for heat, for electricity generation but now we’re looking at it for extraction. The different types of ethanol, celluloses, proteins, amino acids that we can extract out of it. Then what’s left, the residue, is going into heating and the general electricity market. We’re seeing where we can get value added out of it first, because the extraction techniques have become a lot more readily available. Whether it’s straw, grass, timber, it’s about assessing the whole range of compounds and asking what can we get out of it, how can we stream it? For grass for instance we are looking at how we can extract different amino acids and sugars from it before the grass carries on in an animal feed.

Q: Environmental pressures and technological change are changing our agriculture and economies. Do you see opportunities within the ‘smart green economy’?

A: It depends. This idea of the smart green economy is hugely valuable for protecting our food chain. It’s positive from the consumers’ point of view because they can say the foods we are producing are compliant with our environmental emissions But they aren’t prepared to pay for it. Consumers appreciate that we have to produce our food in a climate smart way, yet don’t appreciate the value of food. The value of the food basket is less than 8% of a consumer’s income expenditure in Ireland, so the consumer is used to having cheap food.

There are also regulation issues. The regulations we have in Europe don’t apply beyond the European borders, and won’t going to apply to the UK once they get their Brexit deal. For instance, glyphosate is up for renewal in the EU and it’s probably going to get banned. It’s a very safe chemical and it’s one that helps us produce lower cost food ingredients. The UK could decide to use it, how do we compete with that? Will they be allowed access to the European market? The US can put their GM soya bean and maize into the European market. We can’t compete.

It would worry me that our recently elected European Commissioner has said he wishes to move to a more sustainable food programme, but also wants us to keep prices low. How do you do that? It costs more to comply with the regulations, it takes a lot more management and time. The growers’ time is not considered in this either. There’s this disconnect, and it’s extremely frustrating. That will put farmers out of business. We’re seeing land abandonment all across Europe. As a generation dies out, the land is just left. And we will be left to import food from elsewhere.

"It’s a balance. If you want cheap food, you can have it. But if you want a more sustainable food or green economy supported by food production, it has to be paid for."

Q: Is it an issue that requires better communication of science with the public?

A: There was a recent backlash in Germany against Kerrygold butter, where the supermarkets started to say that those cows are getting a certain amount of soya protein, so it’s GMO. In response, there was a big push here to produce native protein. So you can start to differentiate a product. The consumer is actually quite sophisticated, if you give them the information.

However, there is a drive towards the lowest price for staples like milk, chicken etc. Producers are fighting with each other to bring prices down. That is genuinely not sustainable. It’s a balance. If you want cheap food, you can have it. But if you want a more sustainable food or green economy supported by food production, it has to be paid for.

Q: One outcome of the ongoing COVID-19 pandemic is the run on flour, as everyone is at home baking. Do we make our own flour in Ireland?

A: We used to mill some flour here but we don’t do much anymore. It’s to do with our climate. The varieties of wheat that are suitable for bread, they require quite a lot of sunshine to get the starch level right. From a grower’s point of view you can grow your variety and you can get it to almost right, but if you don’t get enough sunshine hours it doesn’t get hard enough, and you can’t make bread flour out of it. It doesn’t get to the right protein level.

Historically we did mill wheat here, like in Boland’s mill, but it was a lesser quality, what was called biscuit flour or grade 2 flour. We would also have made more wholegrain type flour for brown bread. There are a few small-scale mills in existence currently but it’s very difficult to consistently produce bread quality flour here. 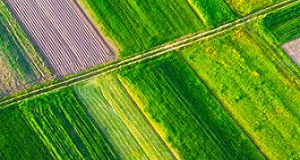 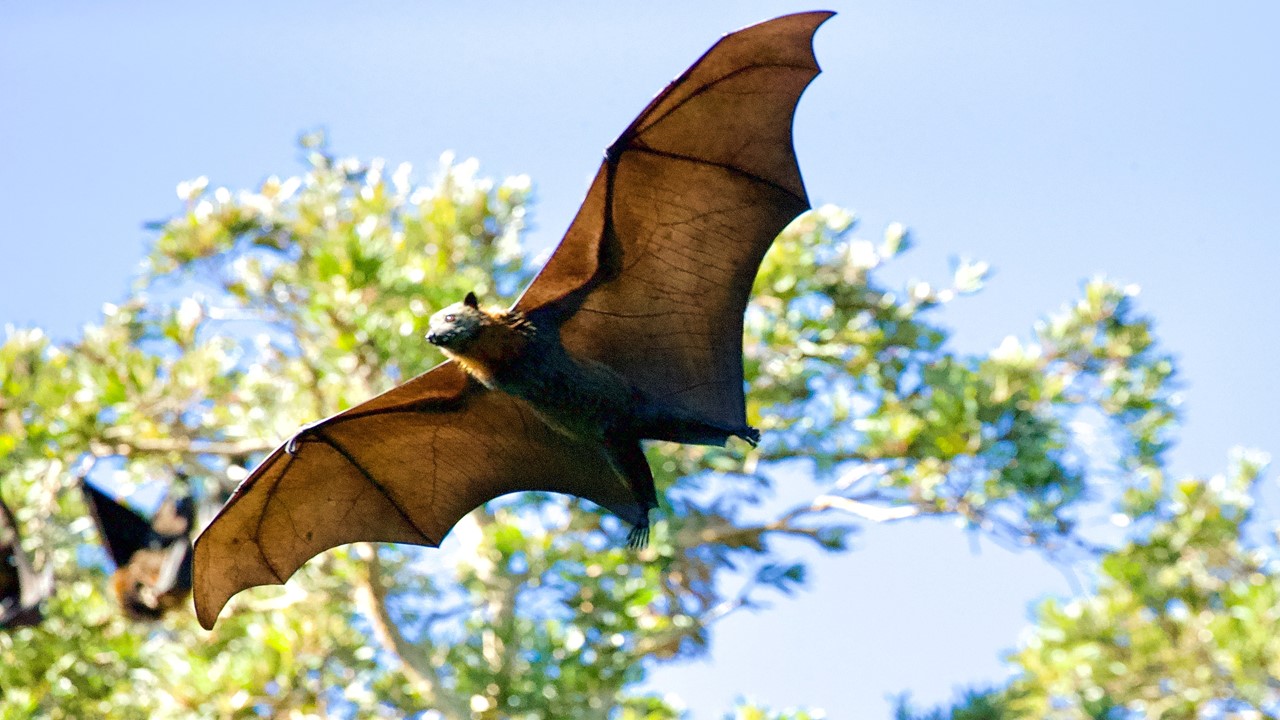