Mark Clerkin (BA with First class honours, 2017) was presented with the Lynch Meenan Medal by Professor Karl Whelan. Mark obtained the highest aggregate score in Stage 3 of the Single Honours Programme in Economics. 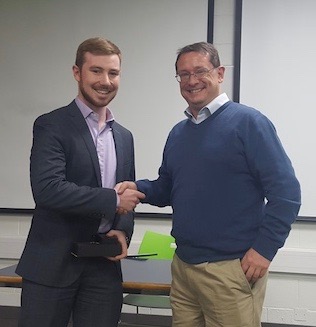 Philip Carthy (MSc in Quantitative Economics with first class honours, 2017) was presented below with the Conniffe Medal by Professor Karl Whelan. Philip obtained the highest aggregate score in the MSc programme in 2017. 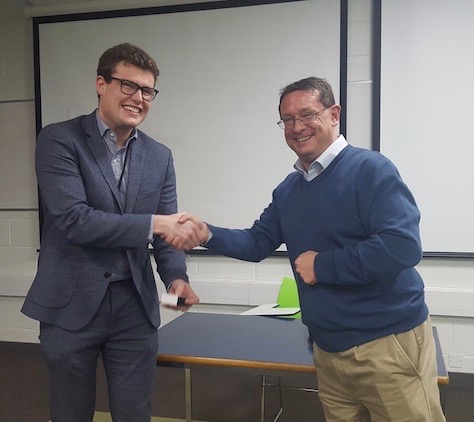 The Conniffe Medal is awarded to the student with the highest grade point average in the master’s programme in Economics. The medal commemorates Professor Denis Conniffe, an outstanding Irish economist and statistician who took a particular interest in the welfare of graduate students.

Jean Conniffe, wife of the late UCD Professor is seen below with Philip and Karl. 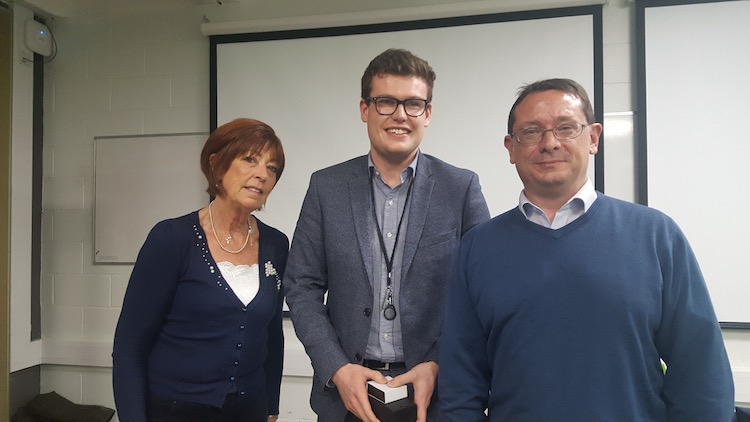