Sarah Cummins (BA with first class honours, 2015) was presented with the Lynch Meenan Medal by Professor Karl Whelan. Sarah obtained the highest aggregate score in Stage 3 of the Single Honours Programme in Economics. Since graduating, Sarah has been busy setting up an events management company that will offer wedding planning and related services. She intends to undertake postgraduate studies in Economics in the near future. 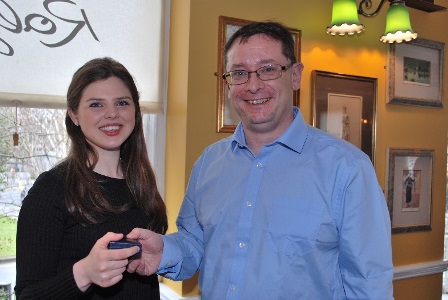 Daniel Foley (MA with first class honours, 2015) was presented with the Denis Conniffe Medal by Professor Karl Whelan. Daniel obtained the highest aggregate score in the MA in Economics in 2015. Since graduating, Daniel has worked at the Economic and Social Research Institute (ESRI) in Dublin as a Research Assistant in the Economic Analysis Division. 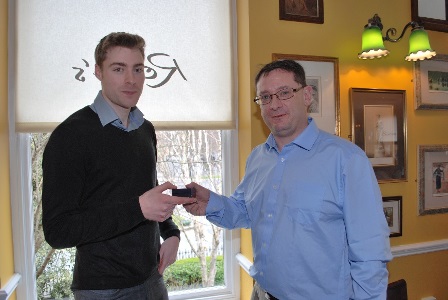 The Denis Conniffe Medal is awarded to the student with the highest grade point average in the master’s programme in Economics. The medal commemorates Professor Denis Conniffe, an outstanding Irish economist and statistician who took a particular interest in the welfare of graduate students.