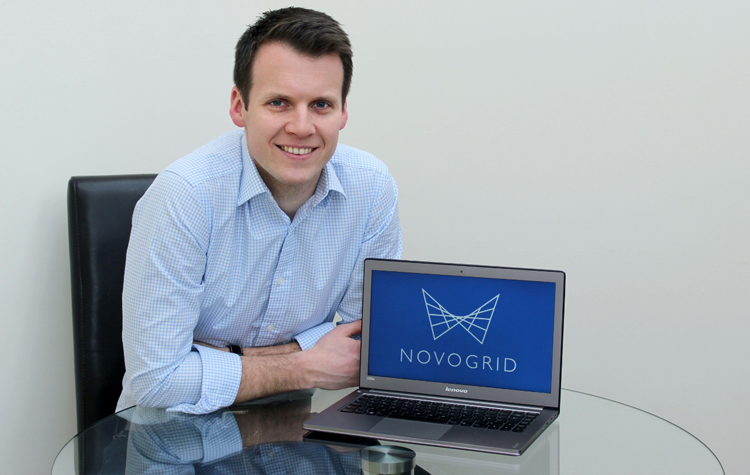 Dublin, Ireland, 3 October 2016, NovoGrid (www.novogrid.com), a University College Dublin (UCD) engineering spin-out company, has been shortlisted for the Dublin regional final of the 2016InterTradeIreland Seedcorn Investor Readiness Competition. The company has been shortlisted in the early-stage category alongside Aoife Gannon and Valitacell.

The InterTradeIreland Seedcorn Investor Readiness Competition is the biggest business competition on the island of Ireland with a total cash prize fund of €280,000. It is aimed at early and new start companies which are under five years old, with a new equity funding requirement of between €50,000 to €299,999 (new start) or in excess of €300,000 (early-stage).

NovoGrid was established in 2014 by Dr Andrew Keane, Dr Peter Richardson and Paul Manning as a spin-out from research carried out over several years in the UCD School of Electrical and Electronic Engineering.

NovoGrid’s control solution optimises the output of renewable generators, reducing losses and congestion on the grid. The company has developed a range of grid automation solutions targeted at maximising renewable generation output onto the grid. The company’s control platform dynamically modifies the generator’s electrical output in synergy with the grid variations. This enables the generator to export more electricity and increase annual revenue, while complying with all grid limits and constraints.

Dr Peter Richardson, CEO, NovoGrid said, “We are delighted to have been shortlisted for the Dublin regional finals of the 2016 InterTradeIreland Seedcorn Investor Readiness Competition. We are now looking forward to pitching NovoGrid, and our innovative control solutions which optimise the output of renewable generators, to the panel of judges in November.”

NovoGrid, which is headquartered at NovaUCD, the Centre for New Ventures and Entrepreneurs, was the overall winner of the 2014 UCD VentureLaunch Accelerator Award.

SiriusXT, a spin-out from UCD’s School of Physics, was named Best Early Stage Company in Ireland, at the final of the 2015 InterTradeIreland All-Island Seedcorn Investor Readiness Competition.

The complete list of 2016 Regional finalists is available via www.intertradeireland.com/seedcorn/Regional_Finals/