Dr. Gerald Mills receives an award as part of the Inaugural Dublin Conference Ambassador Recognition Awards on 21st January 2016. The award was in recognition of the 8th International Conference on Urban Climates (ICUC8), which was hosted at UCD in 2012. ICUC8 focussed on the effect of cities on the overlying atmosphere and brought together climate scientists, meteorologists, geographers, urban planners/designers, building engineers and architects. Nearly all of the 500 delegates travelled from abroad, cheifly from Japan, Germany, France, the UK and US. 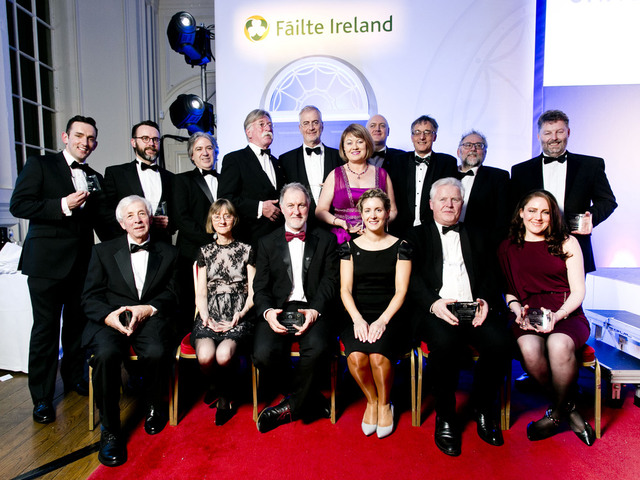