The chair for the #GID2017 Roundtable Discussion was Professor J. Joseph Lee of Glucksman Ireland House, NYU, and the five Global Irish Diaspora Congress speakers were, in order:

Listen to their comments here. The salient points from the floor discussion at the #GID2017 Roundtable are summarised below:

Next Steps for the Global Irish Diaspora Congress

Delegates congratulated and thanked UCD and the Committee for organising and hosting the Congress. A biennial congress was seen as preferable to a triennial congress, meaning the next meeting of the Global Irish Diaspora will take place in 2019. As constructive criticism, delegates articulated that they would have welcomed further networking opportunities, both with other delegates at an event such as a conference dinner and with government representatives and cultural institutions working on the Diaspora.

There was wide support for a professionally curated digital platform which would provide space for interaction among academics, government representatives and cultural institutions working in the field of the Irish Diaspora; a place to connect people to resources and a feed for news on relevant research projects and events. Funding and human resources were acknowledged as the main limitations in any consideration of a large scale online platform of this nature. It was suggested users should subscribe to the platform. Google Sites was recommended as one potential option for the platform.

Outreach is very important to the Global Irish Diaspora Congress and this year it has succeeded in creating a space for academics, artists, practitioners and independent social historians in the field of the Diaspora to meet and exchange ideas. Diversity enriches our discussions and encourages new ways for our disciplines to approach problems and questions. Any online platform should reflect the openness of the 2017 Congress by reaching out to the wider public and avoiding the pitfall of setting up an ‘academic in-house talking shop’. Attracting further delegates from places where Irish immigration is not as well documented – North Africa, the Caribbean, the European mainland, for example – and from demographics which are not traditionally well represented in discussions of the Irish Diaspora will be important for 2019.

A desire was expressed to see the abstracts and/or slides from the Congress posted to the current GID website (www.ucd.ie/globalirishdiaspora), an action which will be carried out in due course as permission is granted by speakers and time resources allow. A number of delegates also requested access to the contact details of other delegates and this will be managed centrally by the current UCD GID Committee with permission being sought from each delegate.

A lively discussion on the definition of the term ‘Diaspora’ took place, with a variety of viewpoints coming to light:

Some saw its use as a way to sidestep the tricky terms ‘emigration’ and ‘immigrants’, or as a way for governments to claim emigrants and their descendants as a resource or even a cash cow. Some claimed it was a way for the state to extend beyond its own physical borders.

Others saw the term ‘Diaspora’ as a useful way to decentre the so-called homeland (in this case Ireland) and to make it one node in a network of communities rather than the centre. It was claimed that work was needed here to show people in Ireland that the story of the Irish abroad is as much a part of the Irish story as events that take place on the island of Ireland.

One of our international Committee members cited sociologist Rogers Brubaker’s article on the diaspora - available online at http://www.sscnet.ucla.edu/soc/faculty/brubaker/Publications/29_Diaspora_diaspora_ERS.pdf - which presents the term Diaspora as ‘an idiom, a stance’. The term Diaspora, then, is a conceptual framework that academics, governments and migrants themselves use to make sense of the complex field of migration. In this sense, the discussions at the Global Irish Diaspora Congress ‘create the Diaspora’.

Searching for reciprocity in the relationship between a state and its diaspora is important in gauging any diaspora engagement. One example of reciprocity in the relationship between the Irish government and the Irish Diaspora is the Emigrant Support Programme,funded by the Irish Government - information at https://www.dfa.ie/global-irish/support-overseas/emigrant-support-programme/ This Programme supports, among others, elderly Irish emigrants in London, cultural centres like the Immigration Centres in the US and projects which record the experiences of the Irish Diaspora, like the ones being run by Glucksman Ireland House NYU. It was suggested the Global Irish Diaspora Congress apply to this Programme for funding for the proposed digital platform.

The idea of franchising emigrants was put forward as a way for the Irish Government to engage and reciprocate its Diaspora, whether that means giving the vote to emigrants who have left Ireland within the last ten years or to second- or third-generation Diaspora.

The Irish Diaspora in the Context of Global Migration

This Congress provides space for a discussion about the Irish Diaspora but it does so within the wider context of migration and diaspora studies. A number of delegates and Committee members stressed the need for us here in Ireland, firstly, to be cognisant of other migrant groups living in this country and, secondly, to preserve their cultural heritage as well as our own, with an eye to the congresses they will organise in a hundred years’ time to discuss their own Diaspora in Ireland.

A special plea was made for groups working on the Diaspora around the world to capture the experience of the Irish Diaspora while these groups still exist in their current forms. Glucksman House Ireland NYU, to cite one example, is collecting oral history from Irish-Americans on their sense of identity – important work in a country where ‘late ethnicity’ has created a perceptible schism between the settled Irish-Americans and the ‘New Irish’. What does this ‘lateness’ mean? How is it experienced? What is the relationship between second- and third-generation Irish abroad to newer waves of immigrants to their countries of birth? Archives which document the experience of the Irish Diaspora need to be curated and maintained. Information on these needs to be collated in a central location.

Big data software analysis was suggested as a way for scholars to quantify and visualise their research on global interactions and global flow (on social media or news websites, for example).

A small subgroup for work on Irish Studies internationally was suggested as desirable. This group would work to define Irish Studies in both teaching and research in the 21st Century world.

Information on Irish Studies programmes all over the world should be collated and made available centrally. The forging and strengthening of links between these programmes should then be pursued. 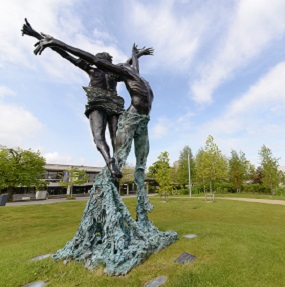 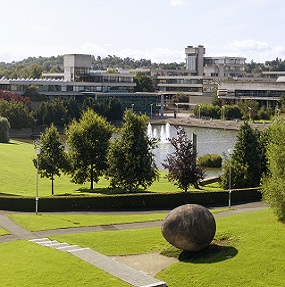