“State and Nation in the UK after the Scottish elections”

This online seminar will focus on Michael Keating’s new book State and Nation in the United Kingdom, The Fractured Union (Oxford University Press) 2021 in the light of the Scottish Parliament elections on May 6, along with those in Wales and England.

To register, please follow the link below. Zoom details will be sent prior to the event. 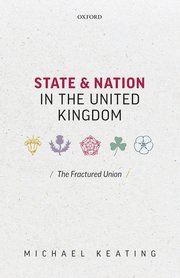 The core argument of this book is that the United Kingdom must be understood as a union rather than a unitary state. The principle of union, properly understood, precludes a single, consistent narrative about the constituent people (demos), its historic trajectory and purpose (telos) and its special values (ethos). Unions are sites of contested sovereignty and borders. Unionism has consequently taken different forms, has often been unstated or ‘banal’ and has had to articulate itself explicitly only at critical moments. At other times, it is better understood as political practice or statecraft.

He says the fracture metaphor in the book’s sub-title seems apt because the “United Kingdom has not, at the time of writing, suffered a complete break, but the Union is subject to increasing stress.”

The virtual discussion, chaired by Dr Dawn Walsh, IBIS Director, will first hear a 20 minute talk by Prof. Keating and then a 30 minute discussion with a panel of respondents: Dr Paul Gillespie, director of the IBIS project on Constitutional Futures after Brexit; Lisa Whitten, research fellow in the Post-Brexit Governance in Northern Ireland project at Queen’s University Belfast; Denis Staunton, London Editor, The Irish Times. A question and answer session with participants will follow.