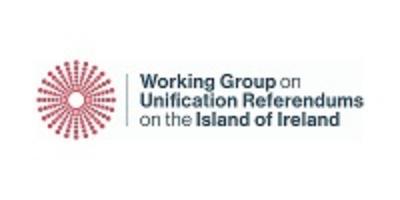 The Working Group on Unification Referendums on the Island of Ireland published its Final Report on 26 May. The report explores how any potential future referendum or referendums on the constitutional status of Northern Ireland would best be designed and conducted.

The Working Group takes no view on whether such referendums should take place or what the outcome should be. It concludes that referendums should not be called without a clear plan for the referendum processes that would follow, and it identifies difficult issues that need to be addressed. For example, what evidence would inform the decision to call such a vote? Would referendums take place before or after proposals for the shape of a united Ireland had been developed? How would the referendum campaigns be regulated?

This webinar will discuss the Working Group’s analysis and conclusions, and consider how debate on these issues is likely to develop. The webinar is jointly hosted with the Democracy Unit, Queen's University Belfast; the Trinity Centre for Constitutional Law and Governance (TriCON), Trinity College Dublin; the Institute for Irish and British Studies (IBIS), University College Dublin; and the Transitional Justice Institute, Ulster University, and will include contributions from the Working Group’s Chair, Dr Alan Renwick, and a panel of distinguished external speakers:

Chair: Professor Cathy Gormley-Heenan, Professor of Politics at Ulster University and member of the Working Group.