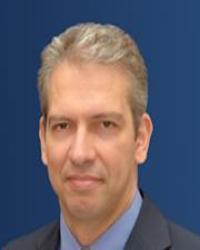 ‌Nikos is the Director of the Master of Engineering with Business Programme at the School of Mechanical and Materials Engineering in University College Dublin.

He worked at the Laboratory for Manufacturing Systems and Automation (LMS) of the Department of Mechanical Engineering and Aeronautics, University of Patras, Greece from 2005 to 2015, and was the technical coordinator of a number of European Research Projects in which advanced manufacturing software tools and platforms were developed. He has cooperated with many leading companies in Europe from the automotive and aerospace industrial sectors as well as with firms from the process, textile, machine tool building, shipbuilding / ship-repair and software industries.

From 2001 to 2005 he worked as IT Manager in INTRAMET Steel and Electromechanical Constructions S.A. (now merged with INTRAKAT S.A.), the second largest company in its field in Greece, where he coordinated the implementation and deployment of a new company-wide ERP system.

He is a member of the International Academy for Production Engineering (CIRP), of IEEE and of the Technical Chamber of Greece. He has more than 100 publications in international scientific journals and refereed conferences and his work has been cited more than 3000 times. He received a PhD in Engineering (2000) and a Diploma (MSc) in Mechanical Engineering from the University of Patras, Greece (1995).