The Dean of Law and the staff from Sutherland School of Law were greatly saddened by the death of our former colleague Andrew and wish to offer our condolences to his family, friends and former colleagues.

An obituary of his remarkable career, and the contribution that he made both personally and academically to the School of Law, follows below. 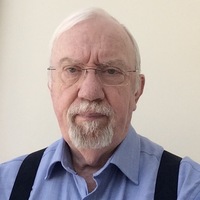 Andrew Bremner Lyall was appointed a College Lecturer in UCD Faculty of Law in 1980 having been awarded his PhD at the London School of Economics, his thesis dealing with “The social origins of property and contract: a study of East Africa before 1918”.  He was promoted to Senior Lecturer in 1997 and retired in 2007, though he remained a very active and productive independent scholar for the rest of his life.

Dr Lyall’s research interests originally focused on applying a Marxist analysis to the class relations underlying the law of property in East Africa and property law more generally, including in Ireland and the UK. His research also established him as a highly-regarded expert on African law and legal anthropology more generally. In later years, his interest in land law naturally led him to produce a significant body of work in the field of legal history (particularly of Ireland in the eighteenth century and of the law relating to slavery in that period.)

Dr Lyall’s published works reflected his meticulous attention to detail, his conceptual rigour and the clarity of his writing. Land Law in Ireland was first published in 1994 and is now in its fourth edition (edited by Dr Niamh Howlin and Dr Noel McGrath, faculty at the Sutherland School); it has established itself as the leading student textbook on the topic. The book, particularly as it was first conceived, demonstrated Dr Lyall’s socio-legal perspective on the law relating to the control and use of land, including chapters on planning and development and housing law. His later works reflected the turn in his interests towards legal history, notably Irish Exchequer Reports 1716—1734 (2009) which showed his command of the archival material and his understanding of historical context and was selected by the Selden Society as Volume 125 in their series. He was also the author of Granville Sharp’s Cases on Slavery (2017) and (with John Bergin) of The Acts of James II’s Irish Parliament (2016).

Dr Lyall was an awarded an LLD by the University of London in 1996, in recognition of his work on the law of East Africa and on Irish land law. The wide esteem for his scholarship was reflected in his election as a Fellow of the Royal Historical Society (2018). He was a Fellow of the Linnean Society of London (2001) and took pride in being related to the nineteenth century botanist and explorer David Lyall. He moved to London some years after his retirement, to be near his elder brothers David and Tom, both of whom survive him.

Dr Lyall’s students were fortunate that he brought to bear on preparing and delivering his courses all the attention to detail and conceptual richness that is evident in his publications. As well as learning about debates about the applicability of Althusser’s reworking of Marxist analysis of modes of production to pre-colonial Africa or contrasts between the forms of ownership found among the Nuer and the Kikuyu, students of land law also received an excellent grounding in estates, tenure, future interests and all the other traditional elements of the subject. It was natural that he should develop a course in African Law (later Legal Anthropology) so that students could delve more deeply into some of the topics he had broached in land law. It was long his ambition also to offer a course on the legal protection of cultural property and, while this never came to pass during his time in UCD, he would certainly be pleased to see that this is now a major focus within UCD Sutherland School of Law’s research.

As well as teaching and researching, Dr Lyall fully embraced the administrative side of a university academic’s role and he brought the same qualities that marked the rest of his work to many reviews and proposals in relation to issues of teaching, learning and assessment. He was very much an early adopter of new technologies such as e-mail and the World Wide Web, when these first became available, and he was a dedicated user of LaTeX, the software system for document preparation.

Andrew was a student of Pate’s Grammar School, Cheltenham from 1954 to 1961 and went on to become a trainee manager at a local manufacturer of industrial machinery, Spirax-Sarco Ltd. After two years of this training, he became a student of University College London, graduating with an LLB degree in 1966. After graduation he went to East Africa, under the auspices of the charity Voluntary Service Overseas, and was a tutorial assistant for two years, teaching land law to students in Tanzania at the University of East Africa, Dar es Salaam. This led to a post as an Assistant Lecturer (1968-71) at the University of East Africa in 1968 (the University of Dar es Salaam after 1970) and as a Lecturer (1971-74) and a Senior Lecturer (1974-76) there. He obtained an LLM from the University of Dar es Salaam in 1973, for a thesis on “Land law and policy in Tanganyika 1919 – 1932”. While in Tanzania he became an Advocate of the High Court (in 1971) and he was called to the Bar of England and Wales at Gray’s Inn (Trinity, 1979). As a young man in Tanzania, Andrew was deeply impressed by the optimism and collective ambition he encountered in that recently independent nation and this was reflected in his lifelong commitment to equality, the right of all to dignity and respect, human rights and social justice. He was thus a leading member of the Irish Anti-Apartheid Movement during the struggle against the former South African regime.

Andrew was a valued and much-loved colleague, who will be particularly missed by his friends from the old UCD Common Room, where he felt very much at his ease and put many others at theirs. They and his many other friends throughout University College Dublin and across the world will remember him fondly.